Not Influence, But Life 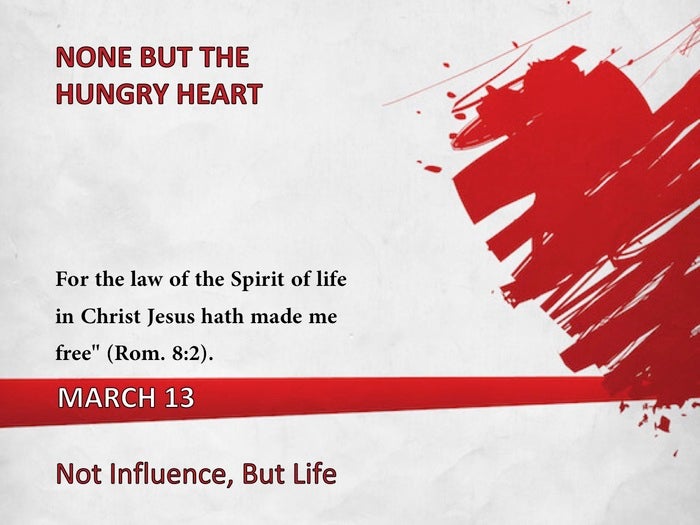 For the law of the Spirit of life in Christ Jesus hath made me free" (Rom. 8:2).

"The Lord Jesus' miracles did not have a character changing effect upon the people who saw them or participated in them. They were but for a testimony to who He was. With all His miracles, in the end the principle of unbelief has not been rooted out of a single individual! Though they saw all that He did, the deep-rooted unbelief was untouched. The amazing thing - even with the disciples themselves - was that they were still capable of deep-seated unbelief. O foolish men, and slow of heart to believe....' He upbraided them with their unbelief....' With all they saw, it did not touch character, it did not touch their nature." -T. A-S.

"As in the apostolic days so now the desire exists for the manifestation of the Spirit in marvelous ways; but a life sober, righteous, holy, lived in the hope of the glory to come, is the more excellent way of the Spirit's manifestation and undeniable proof of His indwelling. The prayer should not be so much for this or that gift, or this or that result, as for Christ Himself to be made manifest to us and through us. The Apostle who was most filled with the Spirit sums all up in that one great word, For to me to live is Christ.'" -W.F.E. 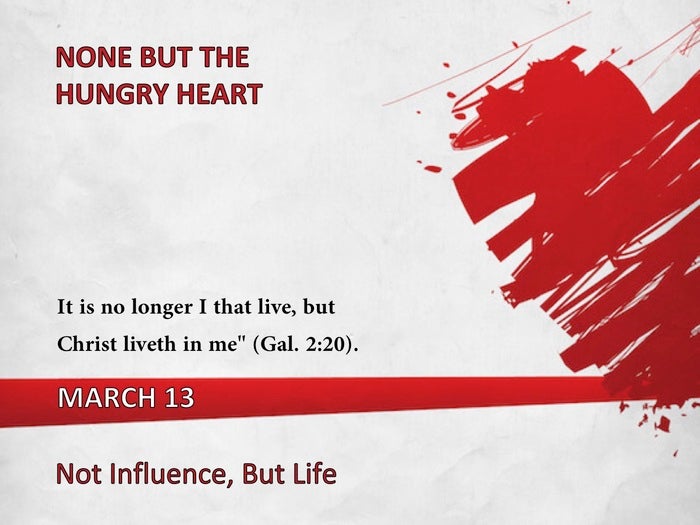