As many as I love, I rebuke and chasten. 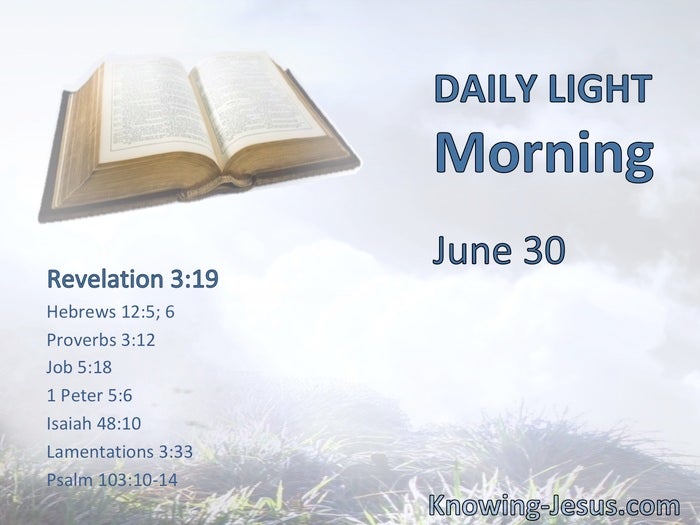 My son, do not despise the chastening of the Lord, nor be discouraged when you are rebuked by Him; for whom the Lord loves he chastens, and scourges every son whom he receives. § Just as a father the son in whom he delights. § He bruises, but He binds up; He wounds, but His hands make whole. § Humble yourselves under the mighty hand of God, that He may exalt you in due time. § I have tested you in the furnace of affliction.

He does not afflict willingly, nor grieve the children of men. § He has not dealt with us according to our sins, nor punished us according to our iniquities. For as the heavens are high above the earth, so great is His mercy toward those who fear Him; as far as the east is from the west, so far has He removed our transgressions from us. As a father pities his children, so the Lord pities those who fear Him. For He knows our frame; He remembers that we are dust.