There is no longer Jew or Gentile, slave or free, male and female. For you are all one in Christ Jesus.
Galatians 3:28

Acts is the documented sequel to Luke’s gospel – a background book to the Bible. Acts is a factual, historical record that keeps the chronicles of scripture in context,  and an understanding of the book of Acts gives clarity to the rest of God’s Word.

Acts is a transition between Old Testament living and New Testament life. Acts is a changeover period between the four gospels and the epistles of Paul. Acts is an historical document. It is not a book of doctrine, but rather it helps to place the rest of Scripture in its correct historical context. Acts is a book that gives continuity to the Bible and shows sequence in Scripture. It links the 11 apostles with the gospels introducing Paul as the apostle to the Gentiles.

The first chapters focus on Peter and the Jews – the rest centre on Paul and gentiles. The early part of Acts continues to focus on the kingdom message, while the latter chapters deal with Paul and his message to the churches.

Peter is seen calling men of Israel around the world to repent of their sins,  and a policy of excluding Gentiles persisted in these first few chapters of Acts. Israel were God’s people who had strayed far from their God – so they were to repent. Down through the centuries prophet after prophet called Israel to turn from their sins.

John the Baptist was the final prophet calling for national repentance.. they were to repent of their sins and believe on Jesus – the Messiah sent by God. National repentance is still future – and will happen at the end of Daniel’s “70 weeks”.

The Mystery of the Church

Even Peter found the inclusion of Gentiles believers into Christ’s sheepfold and their equality in God’s eye difficult to accept, and he, and the other apostles, had to discover the truth through the apostle Paul – Paul, the apostle to the Gentiles who was given the mystery of the Church – the mystery of the kingdom – a parenthetical period of time, when God would call out of the Gentiles a people for His name – the Church.

Mission to the Gentiles

The conversion of Paul on the road to Damascus was the turning point in Acts. Paul was to be the missionary to the Gentiles, but Christianity was still mainly Jewish. Peter had to have a wake-up call from the Holy Spirit and was sent to Cornelius. To Peter’s amazement, he came to understand that God’s grace extended to Gentiles!

One New Man in Christ

The time had come when the Church was to be the vehicle to witness of God’s grace. There would be neither Jew nor Gentile, but rather one new man in Christ. There is no longer Jew or Gentile, slave or free, male and female.. for you are all one in Christ Jesus. Galatians 3:28

This was the turning point in Acts – God was doing a new thing – for a time. The Jewish exclusiveness of those early chapters of Acts had to change its focus. Christ was to build His Church – and Paul was chosen to open up this revelation.

Acts gives continuity to the Bible and sequence to Scripture. It is a transition between the times of Israel and the church dispensation. It is a changeover period between the four gospels and the epistles of Paul. It is an historical document rather than a book of doctrine, for it helps to put Scripture in its correct historical context.

When Pau,l the apostle to the Gentiles comes on the scene in Acts Chapter 8, the dynamic of the book changes. The focus on Peter and Israel’s earthly kingdom, (where God’s rule on earth will be through Christ for 1000 years), shifts to a focus on Paul and the mystery of the Church – the body of Christ, of which we are all members (and God’s universal rule in the eternal ages to come).

For the time being Israel’s earthly kingdom is postponed until a future time of restoration, when the earth will be filled with the glory of God as the waters cover the sea. Today God is working through the Church who are members of Christ’s body and are part of God’s heavenly, universal kingdom in the ages to come... and it is incumbent on us to be sure that we do not confuse the two. 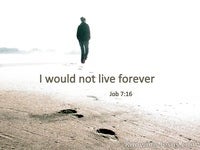