When I sat down to write this little devotional one Christmas day, I was impressed by the division that is occurring in the world. God is taking out of the Gentiles a people for Himself.. a people for His Name. But as understanding and illumination about the King of kings increases as time passes, so a wall of separation is being constructed between good and evil. In Revelation 22 we read… He that is unjust, let him be unjust still: and he which is filthy, let him be filthy still, and he that is righteous, let him be righteous still.. and he that is holy, let him be holy still. Rev.22:11.

Two millennia ago, God gave man a choice... Believe in My Son and you will not be condemned or do not believe in my Son and you are already condemned John 3:18. Two thousand years ago the angels were sent to all men with a message.. a great proclamation of peace: to you is born this day in the city of David a Saviour, Who is Christ the Lord: Luke 2:11.. and suddenly there was with the angel a multitude of the heavenly host praising God, and saying: Glory to God in the highest, and on earth peace, goodwill toward men: Luke.2:11. And yet about 33 years later, Jesus told us: do not think that I have come to bring peace on the earth. I have not come to bring peace, but a sword. Matt.10:34

"Goodwill to all men?" What was the meaning of this outburst of heavenly joy? This is the claim that’s been passed from generation to generation for 2000 years.  Christendom is considered the bastion for peace and prosperity of nations.. and in a certain respect, this is true, for God loves to bless His own. Indeed, His blessings fall on all mankind.. believers and nonbeliever alike. This is the average view of Christianity’s claim about its Christ.. but look narrowly, and you will discover much of this view is scripturally false.

Christianity is seen as a religion, standing for peace and brotherhood of mankind. Twenty centuries have passed since the arrival on earth of its Prince of Peace. Two thousand years have rolled by since this angelic proclamation of "peace on earth" and still this false perspective of God’s love and the peace of Christ deceives man’s thinking. This erroneous perception of Who Christ is and what was His mission continues.. Do not think that I have come to bring peace on earth; He tells us.. I have not come to bring peace, on earth – but a sword. Matt.10:34

The Prince of Peace is the blood sacrifice of an innocent Victim, the Lord Jesus Christ.. so that you and I can have peace with God and the peace of God.  But Peace is a choice.  Peace is a gift from God that proud man presumes to aspire to. Scripture does not say the angels prophesied peace... they proclaimed peace. They did not predict peace.;. they promised peace – peace to men whose will is good and well-pleasing to the Lord. It was not peace on earth, goodwill to all men, but peace on earth to men whose will is good and well-pleasing to God.

The angles made a proclamation, not a prognosis. The angles announced a publication, not a prediction. The angles declared a promise, not a prophecy. This is a pronouncement, a promulgation.. a pledge for "whosoever will"  This is a profession of God’s promise to people of goodwill towards Him. This is no proclamation to the entire earth’s population - only to those who believe. This is not a message for those who choose to despise, reject, and denounce Him.  The Revised Version puts it this way: Glory to God in the highest, and on earth peace among men, with whom He is pleased! (RV)

This was the precious message that wafted down from the heavenly host that night. This was the pure joy that was offered in the hills of Judea that silent, still, holy eve. This was the tender, loving communication from our just Judge and merciful God. This was a promise is made to all – all defiant men – all men of rebellious heart – a promise to all who would believe on the only begotten Son of God.

God’s peace is still being offered today. The choice to accept or reject this stupendous offer, still stands today, for to you is born this day in the city of David a Saviour, Who is Christ the Lord. Luke 2:11 He who believes in Him is not condemned. He who does not believe is condemned already – because he has not believed in the name of the only Son of God. John 3:18 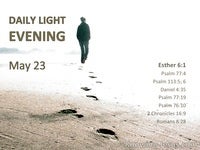 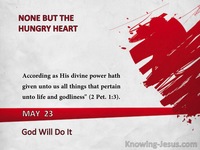