Whoever calls on the name of the Lord shall be saved. 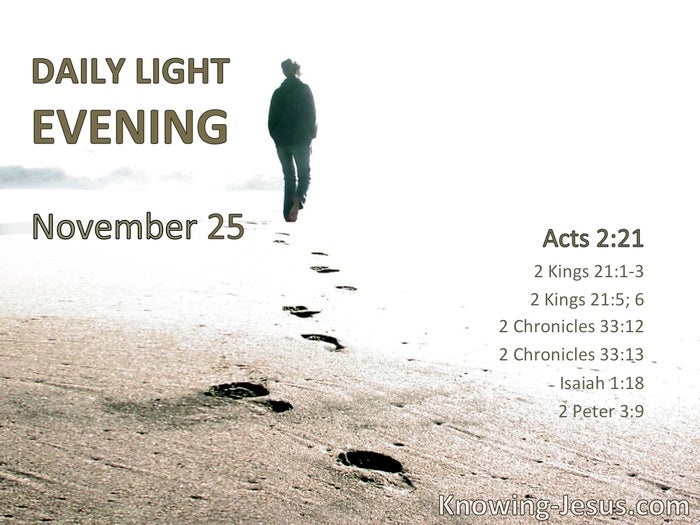 Manasseh … did evil in the sight of the Lord, according to the abominations of the nations whom the Lord had cast out … He raised up altars for Baal … And he built altars for all the host of heaven in the two courts of the house of the Lord. Also he made his son pass through the fire, practiced soothsaying, used witchcraft, and consulted spiritists and mediums. He did much evil in the sight of the Lord, to provoke Him to anger. § Now when he was in affliction, he implored the Lord his God, and humbled himself greatly before the God of his fathers, and prayed to Him; and He received his entreaty, heard his supplication.

“Come now, and let us reason together,” says the Lord, “though your sins are like scarlet, they shall be as white as snow; though they are red like crimson, they shall be as wool.” § The Lord is … longsuffering toward us, not willing that any should perish.