Christ, who is the image of God. 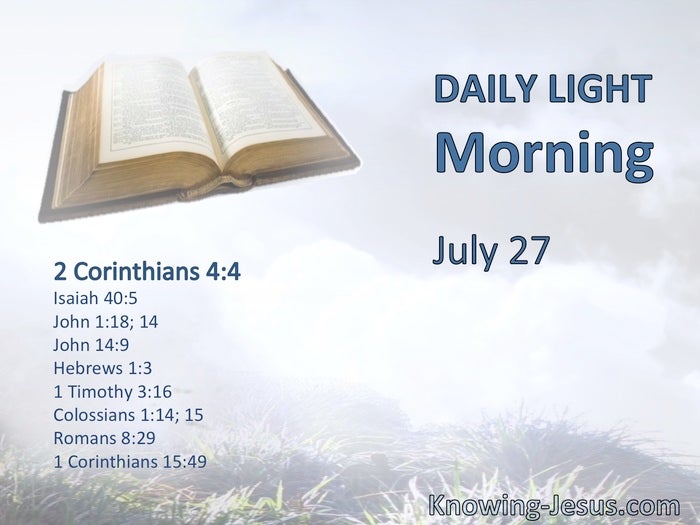 The glory of the Lord shall be revealed, and all flesh shall see it together. § No one has seen God at any time. The only begotten Son, who is in the bosom of the Father, He has declared Him … And the Word became flesh and dwelt among us, and we beheld His glory, the glory as of the only begotten of the Father, full of grace and truth. § He who has seen Me has seen the Father. § The brightness of His glory and the express image of His person. § God was manifested in the flesh.

In whom we have redemption through His blood, the forgiveness of sins. He is the image of the invisible God, the firstborn over all creation. § Whom He foreknew, He also predestined to be conformed to the image of His Son, that He might be the firstborn among many brethren.