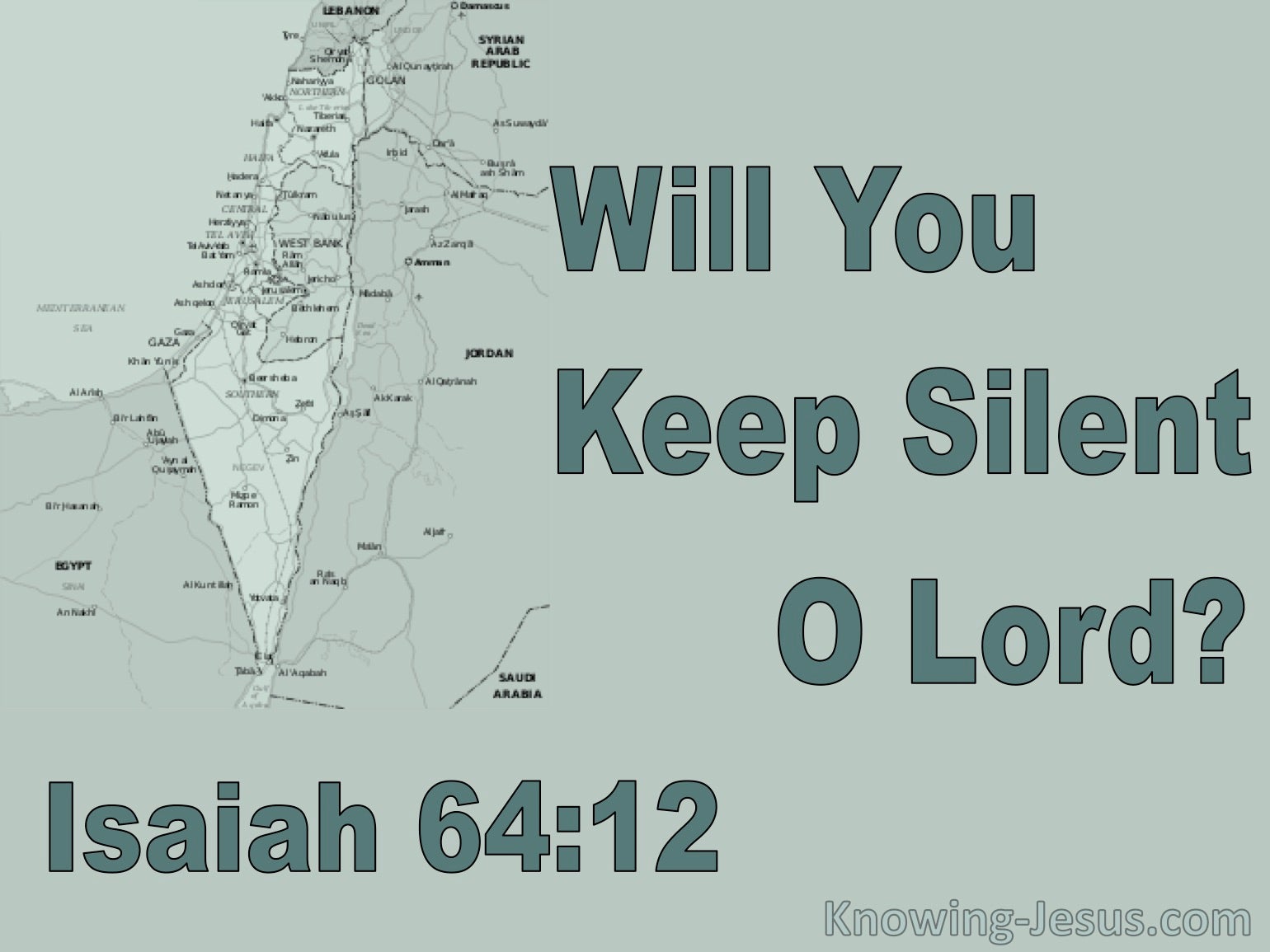 We, though many, are one body in Christ, and individually members one of another. (Romans 12:5 ESV)

The word or term "Body" is not mere metaphor. The members of His Body stand in relation to Christ just as our physical bodies stand in relation to our own selves the means of manifestation, expression, and transaction. This truth is very discriminating, and goes to the root of all matters of life and service. "Working for the Lord," "praying to the Lord," etc., will be seen to have a deeper law which governs their effectiveness. We cannot take up work for Christ plan, scheme, devise, organize or enter upon Christian enterprise and so command the Divine seal and blessing. We cannot pray as we incline, even though it be to the extent of passion and tears, and so secure the Divine response. Failure to recognize this is bringing multitudes of people to despair because of no seal upon their ardent labors, and no answer to their prayers. In the unfolding of the laws of His own effective life the Master put tremendous emphasis upon the fact that the words that He spoke, and the works that He did, were not of (out from) Himself, it was the Father both speaking the words and doing the works.

So for all the future of His work He prayed that His disciples might abide in Him. Thus the law of effective and fruitful life, service, prayer, etc., is that there shall be such a oneness that we only do but surely do what He is doing. We must know in our spirit just what Christ is doing, how He is doing it, the means which He will use, and His time for it. Moreover, our prayers must be the prayers of the Lord Himself prayed in us and through us by the Holy Spirit. This is surely made very clear as being the realm in which the Church in apostolic times lived. This will demand a considerable sifting of all undertakings in the name of Jesus, and will require that nothing is done until the mind of the Lord has been made known. But this will secure a hundred percent effectiveness, and issues which will never perish. For the practical purposes of God in this age Christ is the One Body holding fast the Head, and the business of every member is to realize more and more fully the meaning of this incorporation and oneness of identity.... Ours it is to see that we are utterly in Christ, and living by the Spirit. All the rest will be spontaneous.

I will not fear. What can man do to me?

Who shall separate us from the love of Christ? Shall tribulation, or distress, or persecution, or famine, or nakedness, or peril, or sword? … Yet in all these things we are more than conquerors through Him who loved us.

Do not be afraid of those who kill the body, and after that have no more that they can do. But I will show you whom you should fear: Fear Him who, after He has killed, has power to cast into hell; yes, I say to you, fear Him!

Blessed are those who are persecuted for righteousness’ sake, for theirs is the kingdom of heaven. Blessed are you when they revile and persecute you, and say all kinds of evil against you falsely for My sake. Rejoice and be exceedingly glad, for great is your reward in heaven. § None of these things move me; nor do I count my life dear to myself, so that I may finish my race with joy. § I will speak of Your testimonies … before kings, and will not be ashamed.

That Rock was Christ. § Simon Peter … said, “You are the Christ, the Son of the living God.” … “On this rock I will build My church, and the gates of Hades shall not prevail against it.” § Nor is there salvation in any other, for there is no other name under heaven given among men by which we must be saved.

Full assurance of faith … Hope without wavering. § Faith, with no doubting. He who doubts is like a wave of the sea driven and tossed by the wind.

Who shall separate us from the love of Christ? Shall tribulation, or distress, or persecution, or famine, or nakedness, or peril, or sword? … Yet in all these things we are more than conquerors through Him who loved us. For I am persuaded that neither death nor life, nor angels nor principalities nor powers, nor things present nor things to come, nor height nor depth, nor any other created thing, shall be able to separate us from the love of God which is in Christ Jesus our Lord.

For I reckon that the sufferings of this present time are not worthy to be compared with the glory which shall be revealed in us" (Rom. 8:18).

Physical, mental, and spiritual suffering are all involved to some degree in our matriculation.

"The idea is very common amongst Christians that it is a great and wonderful thing to be mightily used of God.' Oh, to be a great evangelist! Oh, to be a great teacher!' That is an entirely false conception. The truth is that those who serve the Lord most, truly go through the deepest suffering. You may have a more or less easy time. I do not want to dishearten you by saying it may not always be so but if you really want to be greatly used of the Lord remember it may be by a deeper discipline of the Lord." -T. A-S.

"Many have lived under blue skies from birth. To such I have a word. It is this: Fear not; no lover of our Lord will be overlooked. He knows where to find His willing hearts. Just give Him time. He will not refuse to His dearest the joy that is bathed in the dews of Gethsemane." -A.C.

"He shall not cry nor strive, nor let His voice be heard in the street.' There are very few servants of the Lord Jesus who, Samson-like, could kill a lion without letting everybody know of it. They would like a little notice of some kind. But the Lord Jesus made no parade; He would not have His good deeds blazed abroad. His doctrine dropped as the rain from heaven, and His speech as the gentle dew. He charged them that they should tell no man of His service. Verily, Thou art a God that hidest Thyself.' May we be willing to be hid, and to have our work known only by its effects, doing it not unto men, but unto our Father in heaven, Who sees in secret and shall reward us openly." -E.W.M.

"Wherefore let them that suffer according to the will of God commit the keeping of their souls to Him in well doing, as unto a faithful Creator (1 Pet. 4:19).

The Exclusiveness Of Christ

"Come unto Me." When you hear those words you will know that something must happen in you before you can come. The Holy Spirit will show you what you have to do, anything at all that will put the axe at the root of the thing which is preventing you from getting through. You will never get further until you are willing to do that one thing. The Holy Spirit will locate the one impregnable thing in you, but He cannot budge it unless you are willing to let Him.

How often have you come to God with your requests and gone away with the feeling - Oh, well, I have done it this time! And yet you go away with nothing, whilst all the time God has stood with outstretched hands not only to take you, but for you to take Him. Think of the invincible, unconquerable, unwearying patience of Jesus - "Come unto Me."

In those days John the Baptist came preaching in the wilderness of Judea. Repent, for the kingdom of heaven is at hand.
Matthew 3:1-2

It seems that Christ may have been going in and out among those that would one day become His disciples, ever since the intrepid prophet of God stormed onto the scene. Whenever it was that John and Jesus met in the waters of the Jordan River, it would be so memorable an occasion that it would be forever engraved upon John’s memory.

The two men as youngsters had no doubt heard of the miraculous birth of the other and whether or not they had become intimate in those intervening years, John was to be stunned by the revelation he had from Almighty God – when the heavens opened, and the Holy Spirit in the form of a dove descended on Jesus – and rested upon Him, and “This is My Beloved Son in Whom I am well pleased", rang in his ear.

John’s blistering words were designed to cut the sinner to the quick, and he was forthright in his condemnation of the proud Pharisees. “O generation of vipers, who hath warned you to flee from the wrath to come”, were his caustic words of contempt. But one day, this greatest of all prophets, who had baptised many (who in poverty of spirit had repented of their sins),

Therefore, be ready: for in such an hour as ye think not the Son of man cometh.”
Matthew 24:44

It is through God’s word that the Creator of the universe communicates to us. It is through the Word of God that the Saviour of our soul speaks to His own. The need for readiness and preparedness is a Bible theme that frequently surfaces, and the many instructions to be ready and prepared are given to saved believers.

Noah heeded the word of the Lord and made ready an ark of salvation for his family. Israel were ready to move camp in the wilderness, as soon as God’s pillars appeared. The prudence of wise preparation is a repeated warning in the book of Proverbs. Peter reminds of the necessity to be prepared to give an answer for what we believe. John encourages us to abide in Christ so we will be spiritually ready to meet Him, and Christ’s warning of the 10 virgins rings loud and clear to His own followers: be ready, be prepared – your Lord comes at a time you think not.

Paul warns us to cast off the works of darkness and put on the armour of light, for he knows the night is far gone and the day is at hand for the Lord’s return, The need to be ready and prepared is a theme that frequently surfaces in Scripture. The time for readiness and preparedness is not a future issue, but necessary now!

Now is the accepted time, now is the day of salvation 2Cor.6:2. Now is time to be ready – not in 20 years, 20 months; 20 days or 20 hours… So why is it important to be ready and prepared and watchful? What is the reason for this oft-repeated exhortation in the pages of scripture? Why is this warning to be ready given to believers in so many places?

Being unprepared does NOT mean that a believer loses eternal life – that’s finished. The work on the cross was a ‘done