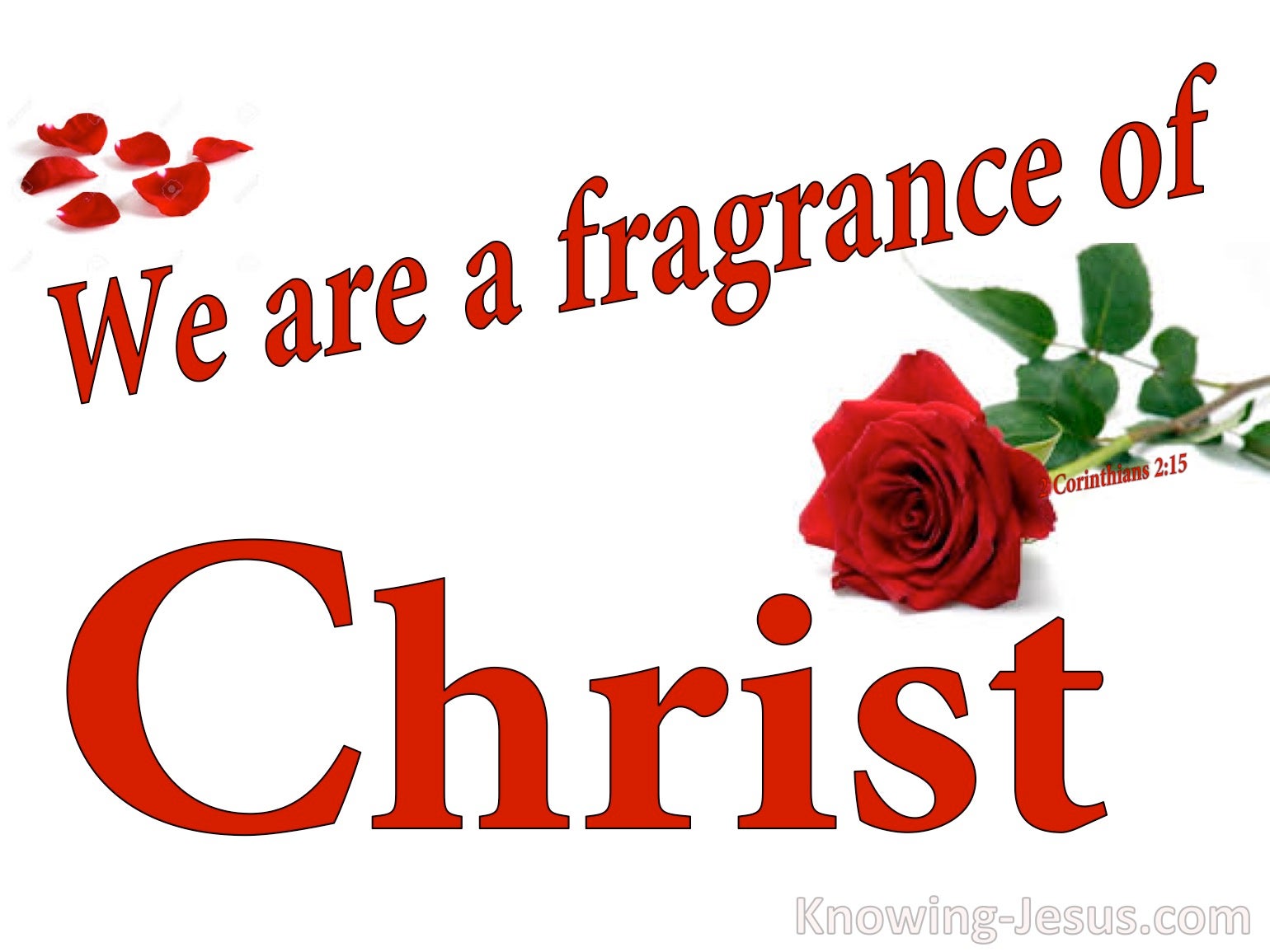 Endure hardship as discipline; God is treating you as sons. (Hebrews 12:7 NIV)

The Lord may get you off activities and shut you up to inactivity, and you go through an awful time and say the Lord has forsaken you, all has gone wrong. What really is it? Why, it is growing pains! Has it not proved to be growing pains? In the long run it was not all wrong, it was all right. You came to know the Lord whereas before your whole life was taken up with things. You have been shut up and you came to know the Lord inwardly and you have come to a state of spiritual efficiency which is so much greater that you can now meet the external situation. He has been misunderstood, but He was working unto your efficiency, exercising us unto efficiency. These, the growing pains, are terrible. You cannot help anyone who is suffering from growing pains, and you must stand aside and see them going through.

So through numerous and various directions this growth takes place by the painful exercise produced by the way the Lord is dealing with you. Chastening a poor English word. It is child-training or discipline. Take the word disciple; one who comes into association with someone in order to learn, and the Disciples were chosen that they might be with Him in order to learn. That is discipline, learning. We do learn through suffering. Even the Lord Jesus was made "full grown" in this sense, complete, through suffering. We take the same way unto full growth. It is child training, discipline, learning by way of experience. That is chastening. Making us sons out of children, full grown men out of infants. I feel that we want to have more faith in the dealings of God with us along this line.

I will raise up for them a Prophet like you from among their brethren.

I [Moses] stood between the Lord and you at that time, to declare to you the word of the Lord; for you were afraid. § There is one God and one Mediator between God and men, the Man Christ Jesus.

Now the man Moses was very humble, more than all men who were on the face of the earth. § Take My yoke upon you and learn from Me, for I am gentle and lowly in heart, and you will find rest for your souls. § Let this mind be in you which was also in Christ Jesus, who, being in the form of God, did not consider it robbery to be equal with God, but made Himself of no reputation, taking the form of a bondservant, and coming in the likeness of men.

Moses indeed was faithful in all His house as a servant, for a testimony of those things which would be spoken afterward, but Christ as a Son over His own house, whose house we are if we hold fast the confidence and the rejoicing of the hope firm to the end.

By one offering He has perfected forever those who are being sanctified. § He is also able to save to the uttermost those who come to God through Him, since He always lives to make intercession for them. § I know whom I have believed and am persuaded that He is able to keep what I have committed to Him until that Day.

The gifts and the calling of God are irrevocable. § Who shall separate us from the love of Christ? § The Lamb who is in the midst of the throne will shepherd them and lead them to living fountains of waters. And God will wipe away every tear from their eyes. § Thus we shall always be with the Lord. Therefore comfort one another with these words.

This is not your rest. § Here we have no continuing city, but we seek the one to come.

For we preach not ourselves, but Jesus Christ the Lord, and ourselves your servants for Jesus' sake" (2 Cor. 4:5).

Our Father took the old fleshly life into death at the Cross (Rom. 6:6). He gave us new spiritual life in Christ at the resurrection (Rom. 6:4, 5). As we keep our eyes upon the Cross for the old, and upon the Lord Jesus Christ for the new, all that will remain for others to see will be "not I, but Christ."

"In Romans Seven, the personal pronouns 'I,' 'me','my,' are used 47 times in 18 verses. This is the way in which believers live who do not know or who do not recognize the fact of their union with the Lord Jesus Christ.

"To be occupied with self is to be defeated and to have failure and live in sin; but to be occupied with the Lord Jesus will mean victory. He must be the center, He must be everything to me. In Him is liberation; apart from abiding in Him is defeat and failure. Are you trying to please God, or trusting the One to whom you are united, the One who did always the things that are pleasing to Him'?" -L.L.L.

"In our Position (union) in Him we are made manifest to God; we are holy and complete in Him. In our Possession of Him He is manifested to men; He lives out His life through us. As we are accepted in Him, so may He be manifested in us." -N.B.H.

"But we have this treasure in earthen vessels, that the excellency of the power may be of God, and not of us" (2 Cor. 4:7).

When God speaks, many of us are like men in a fog, we give no answer. Moses' reply revealed that he was somewhere. Readiness means a right relationship to God and a knowledge of where we are at present.

We are so busy telling God where we would like to go. The man or woman who is ready for God and His work is the one who carries off the prize when the summons comes. We wait with the idea of some great opportunity, something sensational, and when it comes we are quick to cry - "Here am I." Whenever Jesus Christ is in the ascendant, we are there, but we are not ready for an obscure duty..................Readiness for God means that we are ready to do the tiniest little thing or the great big thing, it makes no difference. We have no choice in what we want to do, whatever God's programme may be we are there, ready. When any duty presents itself we hear God's voice as Our Lord heard His Father's voice, and we are ready for it with all the alertness of our love for Him. Jesus Christ expects to do with us as His Father did with Him. He can put us where He likes, in pleasant duties or in mean duties, because the union is that of the Father and Himself. "That they may be one, even as We are one."

Be ready for the sudden surprise visits of God. A ready person never needs to get ready. Think of the time we waste trying to get ready when God has called! The burning bush is a symbol of everything that surrounds the ready soul, it is ablaze with the presence of God.

Paul had to come to realise that behind intense suffering, was as a divine purpose and Paul led the way for us all to understand that, My grace is sufficient. Why was Paul given this reply from God, when he asked the Lord to remove his suffering? Why didn’t God just take it away? Did He not love Paul or care about him? Yes, of course, God’s love is eternal; all-embracing and unconditional.

But Paul like us, had to come to an understanding that our strength in is Christ and not in ourselves and Paul like us, had to learn the many spiritual blessings that flow from suffering. In His grace, God knew that suffering would develop and mature Paul’s faith, which is more precious than gold in God’s sight. And this is equally true of all believers – of you and of me. God desires each of us to mature in the faith for our sufferings and trials are but for a moment – and He gives us His all-sufficient grace for all our needs.

The faith of every child of God is precious to Him, for He knows how important it is that we mature in our Christian life, so that we are not tossed about by every wind of doctrine or deceived by every lie of the enemy. He desires that we store up treasure in heaven and that we maintain a firm trust in His unchanging word. And so God uses the circumstances of life, both good and bad, to test our faith so that it grows strong in the Lord and in the power of His might.

But faith can’t be tested in the sultry days of summer nor in the armchair of ease. Faith is tested in the smelting fires of trials, as the temperature of the fires are heated seven times hotter, and yet it is God Who

Be it unto me according to Your Word.
Luke 1:38
for in Him dwells all the fullness of the Godhead in bodily form.
Colossians 2:9

What is impossible in the minds and imaginations of man is the reality of God truth that fills every page of the Word of God, and the most amazing of all the impossible realities that flood the pages of Scripture, is the miraculous conception of the young virgin Mary, when she submitted to the work of the Holy Spirit in her life and prayed her beautiful song of praise to the Father: be it unto me according to Your Word.

DNA of the Father

The eternal Son of God was born with the same ‘DNA’ as God the Father – the only begotten, prophesied Messiah, Whom the Father was giving to the world, so that all who believe in Him might be saved. The little Lord Jesus was born with the “Divine Nature from Above” – the “DNA” of the Holy Trinity: for in Him dwells all the fullness of the Godhead in bodily form. And today that same Son of God is seated on the right hand of the Father in glory, continuing to display the fullness of His divine nature.

But the perfect Son of Man hid in the womb of His mother for the full gestation period. God had prepared a body for His Son, which grew and was formed in the secret place.. and which developed and was born from the seed of the woman – the Messiah, the Son of the Father, Who has been prophesied some four thousand years before.

And the impossible reality in the lives of all who believe in Jesus, is that we are complete in Him, and the divine nature from above, the “DNA” of Christ Jesus is ours by birth and adoption, for we are His precious people; a holy nation – God’s special possession. The Amplified Bible tells us: we are in Him and are made full.. and have