Do not let your good be spoken of as evil. 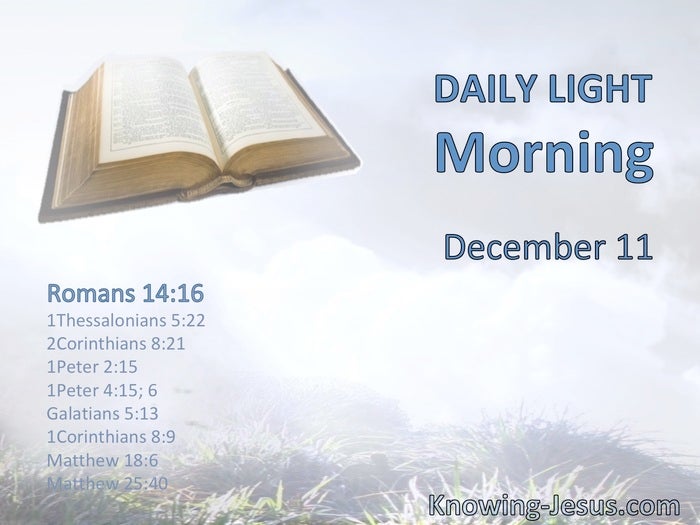 Abstain from every form of evil. § [Provide] honorable things, not only in the sight of the Lord, but also in the sight of men. § For this is the will of God, that by doing good you may put to silence the ignorance of foolish men.

But let none of you suffer as a murderer, a thief, an evildoer, or as a busybody in other people’s matters. Yet if anyone suffers as a Christian, let him not be ashamed, but let him glorify God in this matter.

For you, brethren, have been called to liberty; only do not use liberty as an opportunity for the flesh, but through love serve one another. § Beware lest somehow this liberty of yours become a stumbling block to those who are weak. § Whoever causes one of these little ones who believe in Me to sin, it would be better for him if a millstone were hung around his neck, and he were drowned in the depth of the sea. § Inasmuch as you did it to one of the least of these My brethren, you did it to Me.