For the death that He died, He died to sin once for all; but the life that He lives, He lives to God. 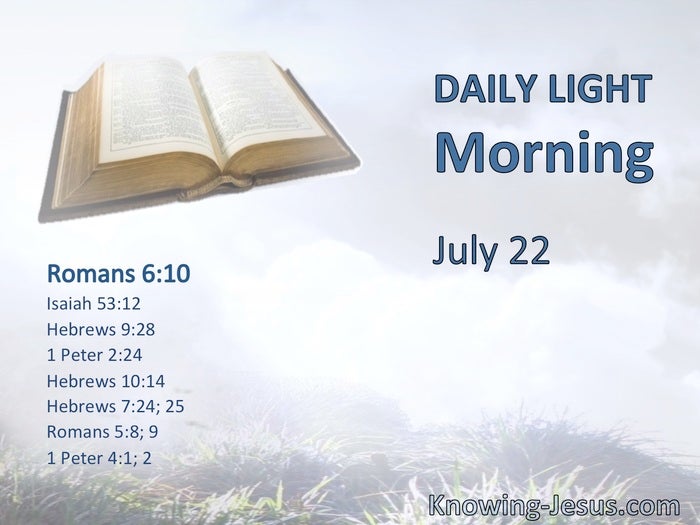 He was numbered with the transgressors. § Christ was offered once to bear the sins of many. § [He] Himself bore our sins in His own body on the tree, that we, having died to sins, might live for righteousness—by whose stripes you were healed. § By one offering He has perfected forever those who are being sanctified.

But He, because He continues forever, has an unchangeable priest- hood. Therefore He is also able to save to the uttermost those who come to God through Him, since He always lives to make intercession for them. § While we were still sinners, Christ died for us. Much more then, having now been justified by His blood, we shall be saved from wrath through Him.

Therefore, since Christ suffered for us in the flesh, arm yourselves also with the same mind, for he who has suffered in the flesh has ceased from sin, that he no longer should live the rest of his time in the flesh for the lusts of men, but for the will of God.