God has chosen the weak things of the worldto put to shame the things which are mighty. 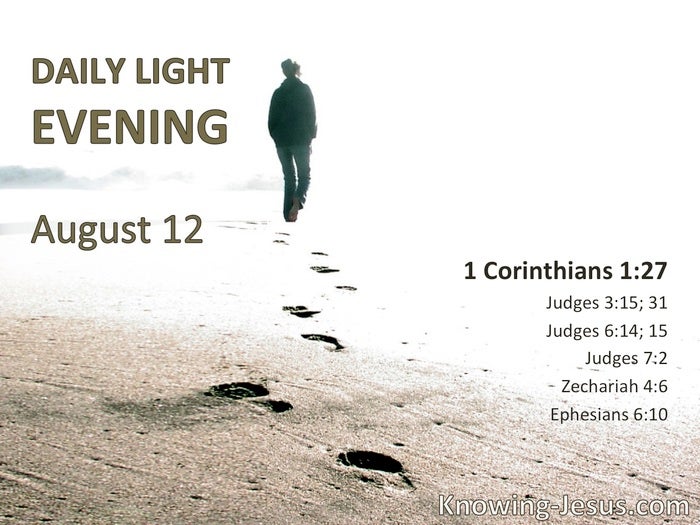 When the children of Israel cried out to the Lord, the Lord raised up a deliverer for them: Ehud … a left-handed man … After him was Shamgar … who killed six hundred men of the Philistines with an ox goad; and he also delivered Israel.

The Lord turned to [Gideon] and said, “Go in this might of yours. Have I not sent you?” So he said to Him, “O my Lord, how can I save Israel? Indeed my clan is the weakest in Manasseh, and I am the least in my father’s house.”

The Lord said to Gideon, “The people who are with you are too many for Me … lest Israel claim glory for itself against Me, saying, ‘My own hand has saved me.’”

“Not by might nor by power, but by My Spirit,” says the Lord of hosts. § My brethren, be strong in the Lord and in the power of His might.