He did not waver at the promise of God through unbelief. 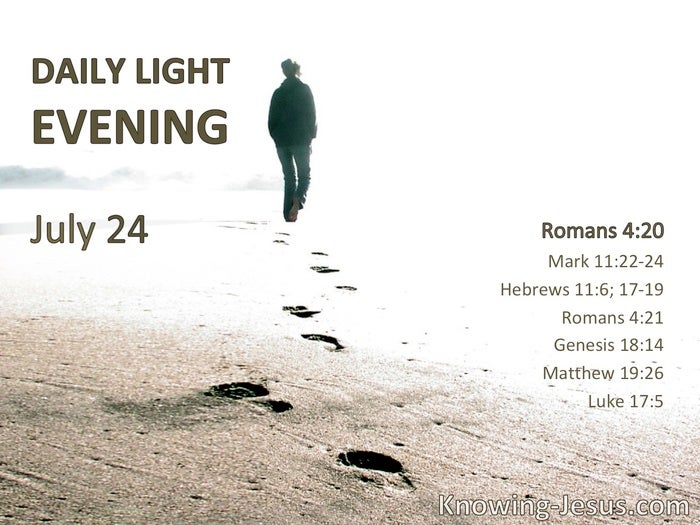 Have faith in God … Whoever says to this mountain, “Be removed and be cast into the sea,” and does not doubt in his heart, but believes that those things he says will be done, he will have whatever he says. Therefore I say to you, whatever things you ask when you pray, believe that you receive them, and you will have them. § Without faith it is impossible to please Him, for he who comes to God must believe that He is, and that He is a rewarder of those who diligently seek Him.

He who had received the promises offered up his only begotten son, of whom it was said, “In Isaac your seed shall be called,” concluding that God was able to raise him up, even from the dead. § [Abraham was] fully convinced that what He had promised He was also able to perform.

Is anything too hard for the Lord? § With God all things are possible. § “Increase our faith.” 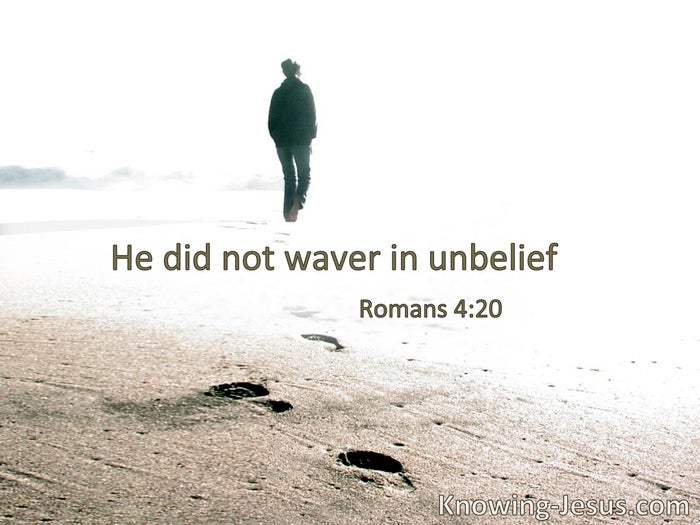