It is a night of solemn observance to the Lord forbringing them out of the land of Egypt. 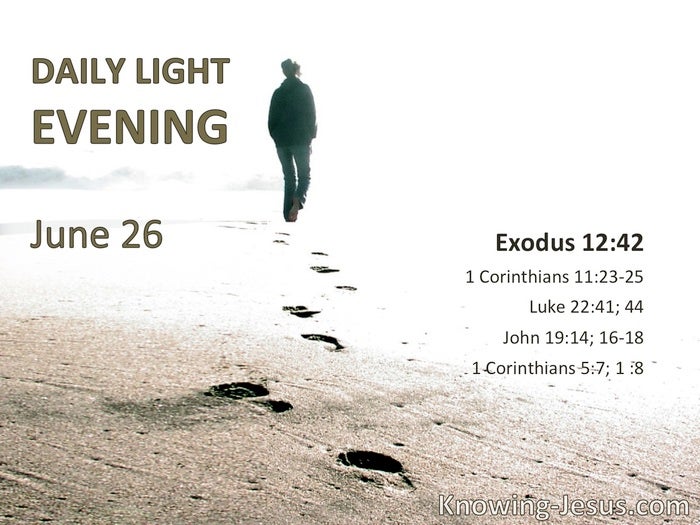 The Lord Jesus on the same night in which He was betrayed took bread; and when He had given thanks, He broke it and said, “Take, eat; this is My body which is broken for you; do this in remembrance of Me.” In the same manner He also took the cup after supper, saying, “This cup is the new covenant in My blood. This do, as often as you drink it, in remembrance of Me.”

He knelt down and prayed … And being in agony, He prayed more earnestly. Then His sweat became like great drops of blood falling down to the ground.

It was the Preparation Day of the Passover, and about the sixth hour … They took Jesus and led Him away … to a place called … Golgotha, where they crucified Him.

Christ, our Passover, was sacrificed for us. Therefore let us keep the feast. 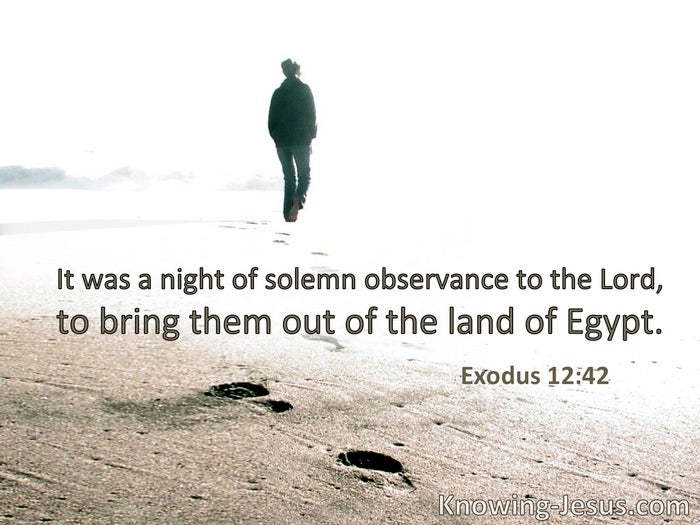