My God, My God, why have You forsaken Me?

He was wounded for our transgressions, He was bruised for our iniquities; the chastisement for our peace was upon Him … The Lord has laid on Him the iniquity of us all … For the transgressions of My people He was stricken … It pleased the Lord to bruise Him; He has put Him to grief.

Jesus our Lord … was delivered up because of our offenses. § Christ also suffered once for sins, the just for the unjust, that He might bring us to God. § [He] Himself bore our sins in His own body on the tree, that we, having died to sins, might live for righteousness — by whose stripes you were healed.

He made Him who knew no sin to be sin for us, that we might become the righteousness of God in Him.

Christ has redeemed us from the curse of the law, having become a curse for us. 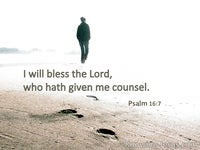 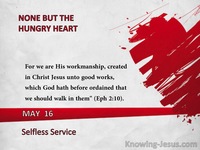