O My Father, if it is possible, let this cuppass from Me; nevertheless, not as I will, but as You will. 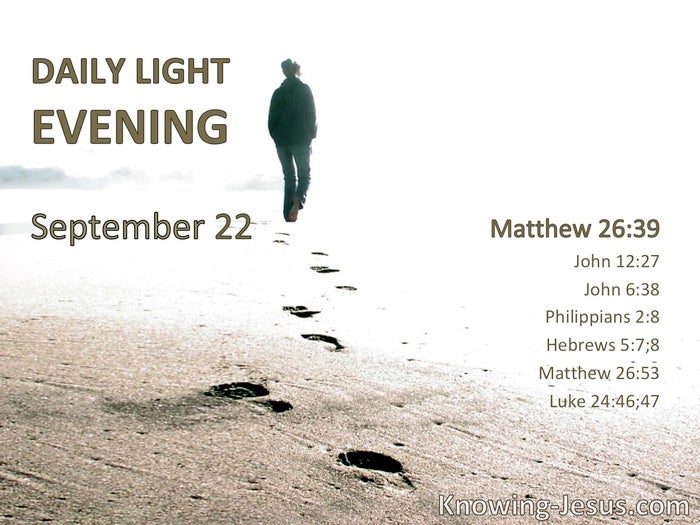 Now My soul is troubled, and what shall I say? “Father, save Me from this hour”? But for this purpose I came to this hour.

I have come down from heaven, not to do My own will, but the will of Him who sent Me. § He … became obedient to the point of death. § In the days of His flesh, when He had offered up prayers and supplications, with vehement cries and tears to Him who was able to save Him from death, and was heard because of His godly fear, though He was a Son, yet He learned obedience by the things which He suffered.

Do you think that I cannot now pray to My Father, and He will provide Me with more than twelve legions of angels? § Thus it is written, and thus it was necessary for the Christ to suffer and to rise from the dead the third day, and that repentance and remission of sins should be preached in His name to all nations, beginning at Jerusalem. 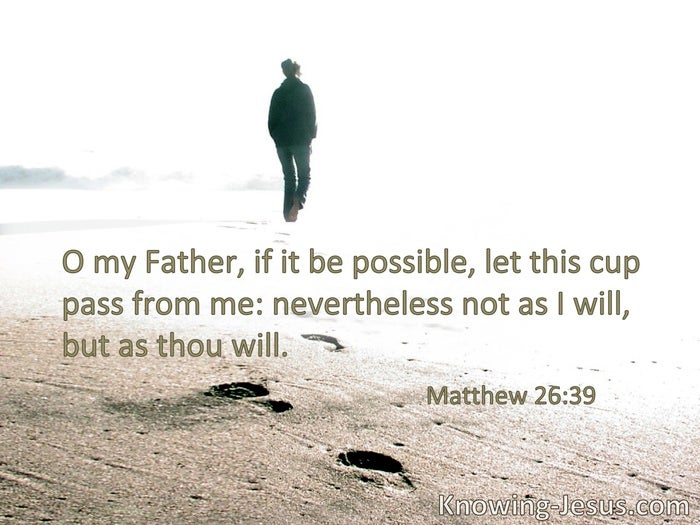 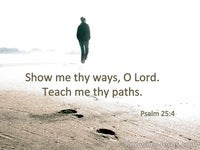 Psalm 25:4
True Love
Groundwork
Witness to Grace
Make Yourself Known to Me