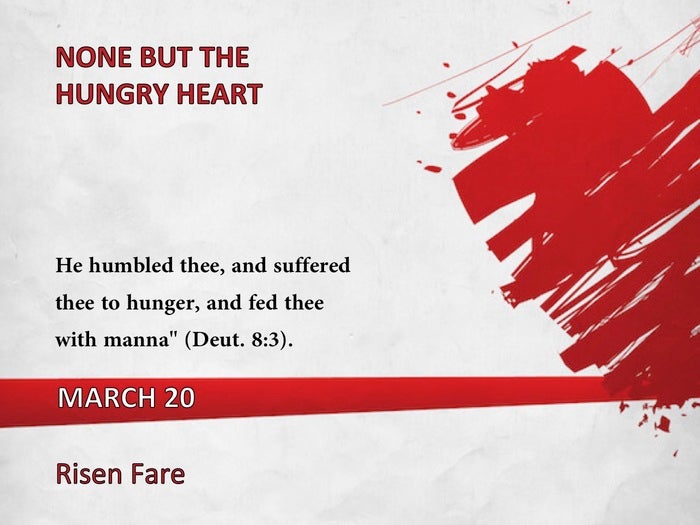 He humbled thee, and suffered thee to hunger, and fed thee with manna" (Deut. 8:3).

The wilderness wanderers were maintained by manna, but those in Canaan flourished on "the old corn of the land." The carnal Christian exists on the milk of the Word, while the hungry-hearted believer feeds and matures on the meat of the Word.

"The old corn of Canaan typifies what the risen and ascended Lord ministers directly to us now by the Holy Spirit. Those who appropriate their position in Christ feed no longer merely on the manna, which represents Christ as supporting our life while we yet know Him not' as regards any intimate fellowship.

"If positional truth, rather than the duties of attainment, were taught first to the saints, much more satisfactory results would follow the ministry of many Christian workers. We should note most carefully that Israel was brought into Canaan, all uncircumcised and unworthy as they were, before they were asked to take the circumcised, separated position as the people of God, or enter upon their warfare.

"So we, as believers, have been already brought by Jesus Christ our Head, in His death and resurrection, into the heavenly places,' and to us have been given all things that pertain unto life and godliness' (2 Pet. 1:3). And it is always on the ground of where we already are, and what we already are, and what we already have, that the Holy Spirit shows us our blessed privileges and responsibilities of the calling wherewith we are called.'" -W.R.N.

"And the manna ceased on the morrow after they had eaten of the old corn of the land" (Joshua 5:12). 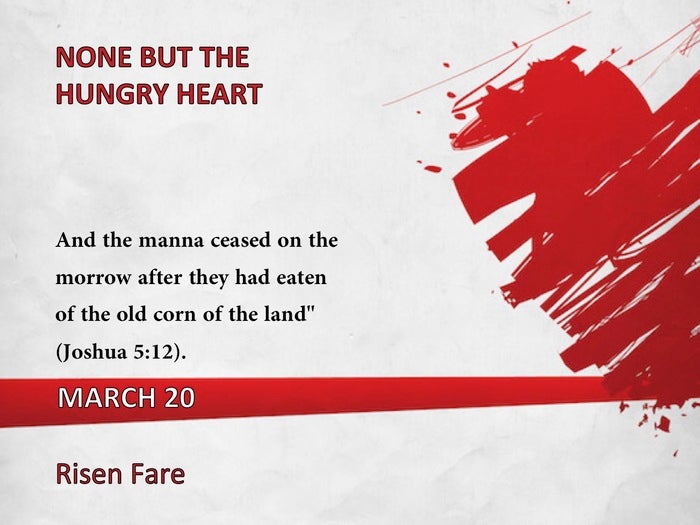 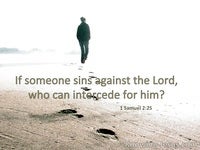