The letter kills, but the Spirit gives life. (2 Corinthians 3:6)

If you want to know the mind of the Spirit about anything, you will know it by quickening, byLife in that direction. If you want to know what the Spirit is against, you will know it because there is death in that direction in your spirit, you have no Life, you say, in that direction. All right, that means you know the Lord, you know the spirit, you know what it is to move on the basis of the law of the Spirit of Life in Christ. The Father governed Him by that law. He governs us by exactly the same law when we are joined to the Lord, one spirit. Guidance, direction, is a matter of Life in the Spirit, Life by the Spirit. The Lord Jesus had His life ordered, governed, conducted, arranged in every detail by the quickening Spirit; the Spirit of Life in Christ.

These Jews came along and said: "Here is theScripture, and the Scripture says You ought not to do certain things, and You are doing them; You are all wrong because theScripture says this!" When Christ so acted was He violating theScripture? Or was He giving God's meaning to the Scripture? When God gave that law, did He not have a fuller meaning than what men see just on the surface? Was there not a spiritual interpretation? Was it not pointing on to something, which when it came was to supersede I do not mean break, but transcend imply because higher, fuller, deeper meaning was reached? Christ is God's Sabbath. It is in Christ that God comes to rest in allHis works; His new creation. But they said, "You must abide by the letter!" We put it in that way to show the difference between taking the letter and having the Holy Spirit's illumination of the letter. Life and the letter are often contrasted in the Word. The letter killeth, the Spirit maketh alive.

By T. Austin-Sparks from: The Risen Lord and the Things Which Cannot be Shaken - Chapter 6 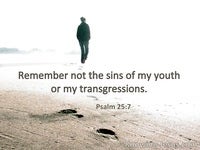