The triumphing of the wicked is short. 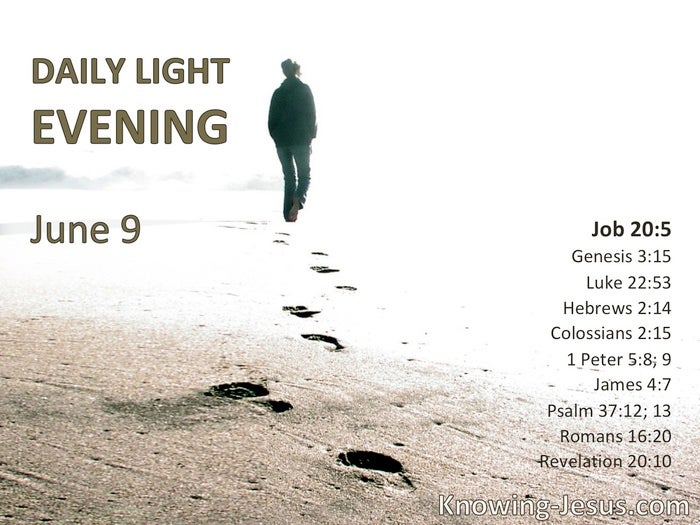 You shall bruise His heel. § This is your hour, and the power of darkness. § As the children have partaken of flesh and blood, He Himself likewise shared in the same, that through death He might destroy him who had the power of death, that is, the devil. § Having disarmed principalities and powers, He made a public spectacle of them, triumphing over them in it. Be sober, be vigilant; because your adversary the devil walks about like a roaring lion, seeking whom he may devour. Resist him, steadfast in the faith. § Resist the devil and he will flee from you. The wicked plots against the just, and gnashes at him with his teeth. The Lord laughs at him, for He sees that his day is coming. § The God of peace will crush Satan under your feet shortly. § The devil … was cast into the lake of fire and brimstone … and … will be tormented day and night forever and ever. 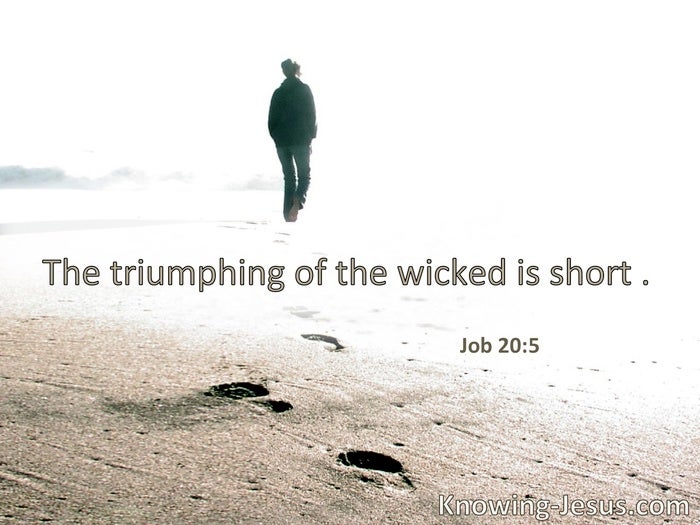