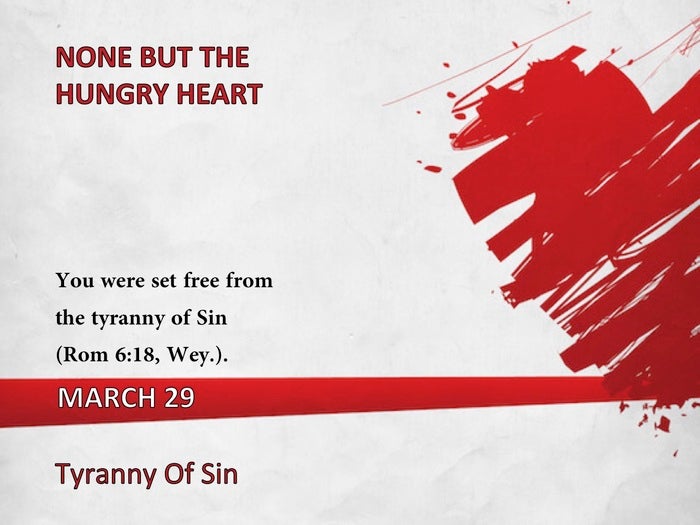 The tyranny of sin over the lost necessitated the death of the Lord Jesus on the Cross. The tyranny of sin over the saved necessitated the death of the believer in the Lord Jesus on that same Cross. The dual truths of Calvary: His death for our sin, as payment; our death with Him unto sin, for deliverance. "The believer sees that Christ by dying for him has completely delivered him from the penalty of sin. So it is his privilege to see that because he is identified with the Lord Jesus in that death, he is also delivered from sin as a ruling principle. Its power is broken. He is in that sense free from sin' (Rom. 6:18; 22)." -E.H. "Through my life-union with Christ in His death and resurrection, I have died to sin.' His death to sin is my death to sin. In my very humanity, Christ so took me up with Himself in death that, when He died unto sin, I too was executed and there died to sin's reign and power. Has Christ so dealt with sin that He has exhausted its every claim and dominion? And do I share with Him His death unto sin? With bold and explicit reckoning, then, let me count on my death-resurrection relationship to God through the Lord Jesus. In Christ crucified I have been discharged from sin's domination." -L.E.M. "When victory does not tend to worship, we and God part company, so to speak, as soon as the victory is achieved. How sad to see victory often leading to mere joy, instead of still greater dependence on, and delight in, God!" -J.N.D. 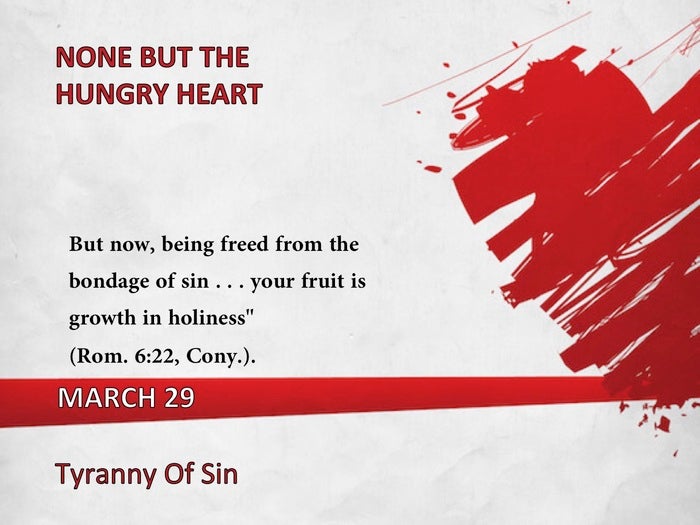 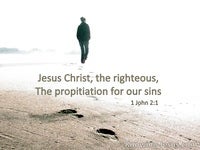