Who makes you differ from another? And what do you have that you did not receive? 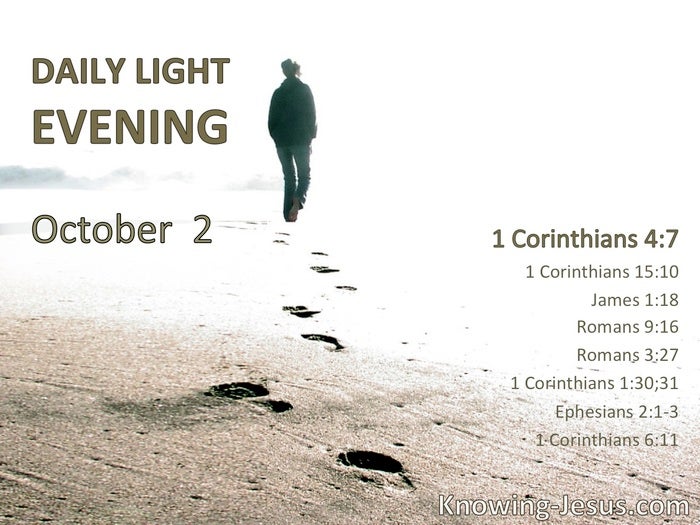 By the grace of God I am what I am. § Of His own will He brought us forth by the word of truth. § It is not of him who wills, nor of him who runs, but of God who shows mercy. § Where is boasting then? It is excluded. § Christ Jesus … became for us wisdom from God—and righteousness and sanctification and redemption … “He who glories, let him glory in the Lord.”

You He made alive, who were dead in trespasses and sins, in which you once walked according to the course of this world, according to the prince of the power of the air, the spirit who now works in the sons of disobedience, among whom also we all once conducted ourselves in the lusts of our flesh, fulfilling the desires of the flesh and of the mind, and were by nature children of wrath, just as the others. § You were washed … you were sanctified … you were justified in the name of the Lord Jesus and by the Spirit of our God. 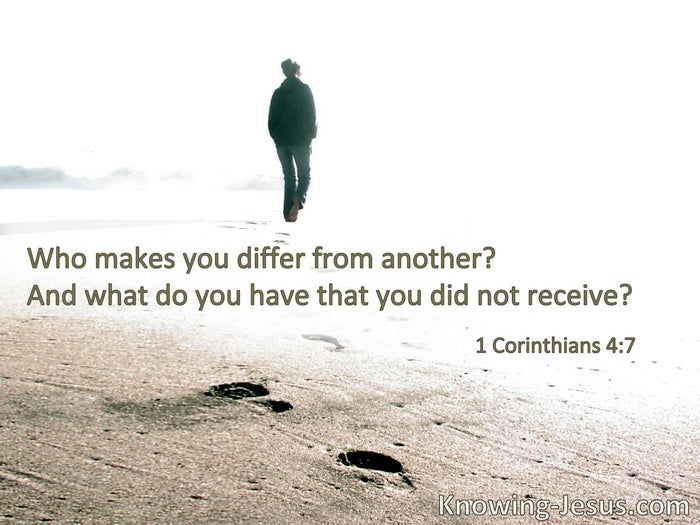