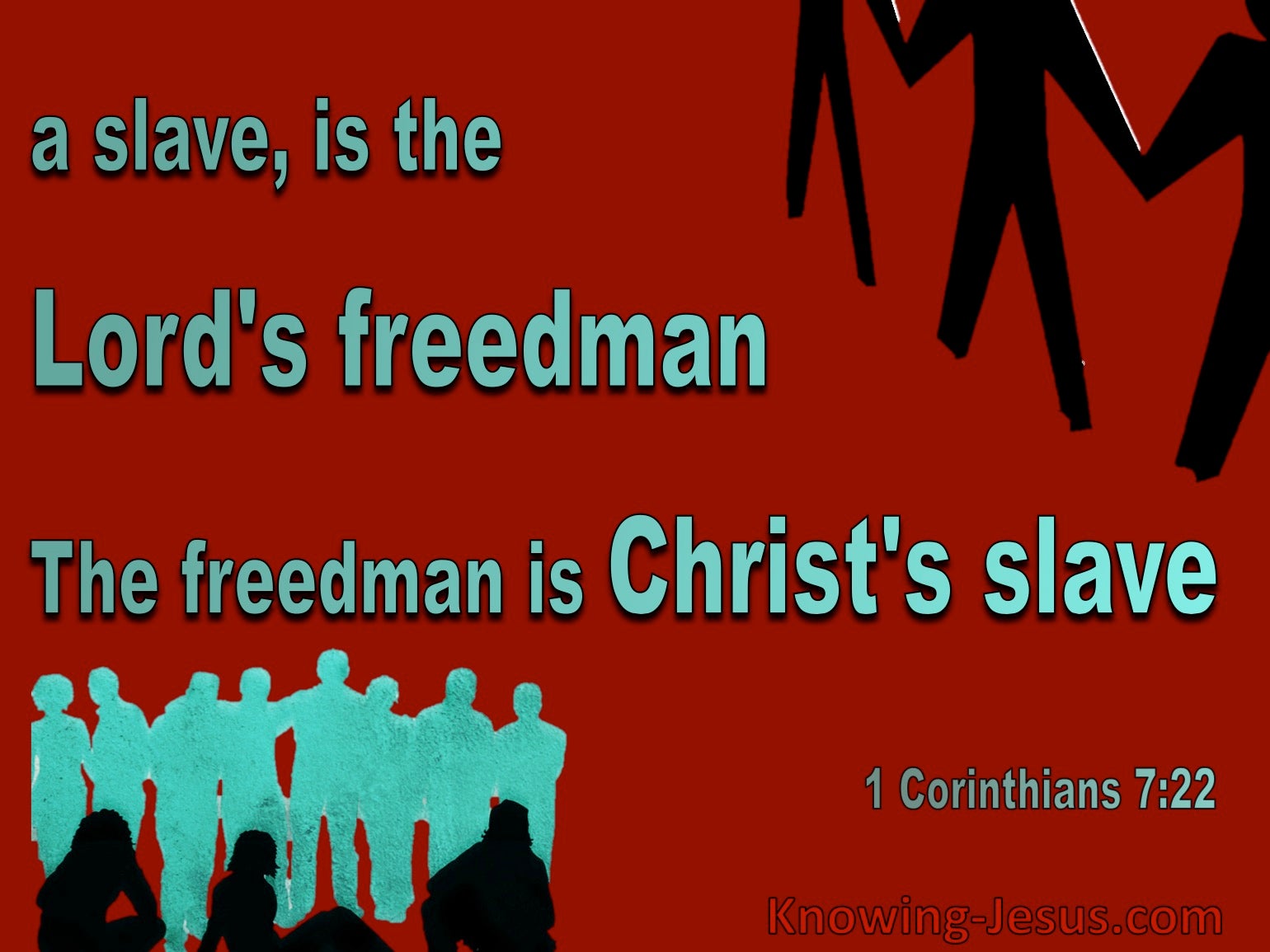 But if you do not drive out the inhabitants of the land from before you, then those of them whom you let remain shall be as barbs in your eyes and thorns in your sides, and they shall trouble

“But if you do not drive out the inhabitants of the land from before you, then those of them whom you let remain shall be as barbs in your eyes and thorns in your sides, and they shall trouble you in the land where you dwell.”

Fight the good fight of the faith.— For the weapons of our warfare are not of the flesh but have divine power to destroy strongholds. We destroy arguments… and take every thought captive to obey Christ.

I also pray that you will understand the incredible greatness of God's power for us who believe Him. (Ephesians 1:19 NLT)

Let us point out that after His resurrection our Lord was, because of the peculiar nature of His resurrection state, no longer subject to natural limitations. Time and space now had no control of Him. This principle abides, and it applies now. When there is a living in the values and energy of resurrection Life we are children of eternity and of the universe. Prayer touches the ends of the earth, and the significance of our being and doing is of universal and eternal dimensions: there are no limitations. So then, beloved of God, the natural life is no longer a criterion; whether it be strong or weak matters not. Its strength does not mean effectiveness in spiritual things, whether that strength be intellectual, moral, social or physical. Its weakness does not carry a handicap.

If a man sins against the Lord, who will intercede for him?

If anyone sins, we have an Advocate with the Father, Jesus Christ the righteous. And He Himself is the propitiation for our sins, and not for ours only but also for the whole world. § God set forth [Jesus] as a propitiation by His blood, through faith, to demonstrate His righteousness, because in His forbearance God had passed over the sins that were previously committed, to demonstrate at the present time His righteousness, that He might be just and the justifier of the one who has faith in Jesus.

He is gracious to him, and says, “Deliver him from going down to the Pit; I have found a ransom.”

What then shall we say to these things? If God is for us, who can be against us? … It is God who justifies. Who is he who condemns? It is Christ who died, and furthermore is also risen, who is even at the right hand of God, who also makes intercession for us.

But ye are sanctified but ye are justified in the Name of the Lord Jesus and by the Spirit of our God" (1 Cor. 6:11).

The fact of our position, which we can see in the Word, may take years to realize in life. Many believers feel that their appropriation of a truth must result in same-day experience of that doctrine. It is true that we are often given a foretaste, a brief experience of its reality, but we must then settle down to the daily processing of the Spirit, whereby He slowly and thoroughly translates the apprehended truth into character and walk. Paul testified, "I follow after, if that I may apprehend that for which also I am apprehended of Christ Jesus" (Phil. 3:12). He pressed toward the mark.

"As a gift of grace, sanctification is conferred on each believer as soon as he believes. But it is a gift yet held on deposit, hid with Christ in God,' to be appropriated through daily communion and gradual apprehension. So, while the believer's realized sanctification appears painfully meagre, at most a thin line of light, like the crescent of the new moon, yet he sees it ever complemented by the clear outlines of that rounded wholeness which is his in the Lord Jesus, and into which he is to be daily waxing till he grows to the measure of the stature of the fulness of Christ' (Eph. 4:13)" -A.J.G.

"And the very God of peace sanctify you wholly; and I pray God your whole spirit and soul and body be preserved blameless unto the coming of our Lord Jesus Christ" (1 Thess. 5:23).

Do You See Your Calling?

“Separated unto the Gospel.” Romans 1:1

Our calling is not primarily to be holy men and women, but to be proclaimers of the Gospel of God. The one thing that is all important is that the Gospel of God should be realized as the abiding Reality. Reality is not human goodness, nor holiness, nor heaven, nor hell; but Redemption; and the need to perceive this is the most vital need for the Christian worker to-day. As workers we have to get used to the revelation that Redemption is the only Reality. Personal holiness is an effect, not a cause, and if we place our faith in human goodness, in the effect of Redemption, we shall go under when the test comes.

Paul but - "when it pleased God who separated me. . ." Paul had not a hypersensitive interest in his own character. As long as our eyes are upon our own personal whiteness we shall never get near the reality of Redemption. Workers break down because their desire is for their own whiteness, and not for Gods. "Don't ask me to come into contact with the rugged reality of Redemption on behalf of the filth of human life as it is; what I want is anything God can do for me to make me more desirable in my own eyes." To talk that way is a sign that the reality of the Gospel of God has not begun to touch me; there is no reckless abandon to God. God cannot deliver me while my interest is merely in my own character. Paul is unconscious of himself, he is recklessly abandoned, separated by God for one purpose - to proclaim the Gospel of God (cf. Rom. 9:3.)

The 'seeds' of Job's travail blossom throughout God’s Word in many later writings. They blossomed in Psalms and in Proverbs, and they started to blossom in many of the latter-day Prophets. What was born in Job, blossoms throughout the God-breathed Word, as one by one, we see the same purifying process being perfected, in each saint… not as a punishment for sins forgiven, but a deeper understanding of God’s way. Few lie quietly under God’s perfecting process, as He searches their deep things – David’s grief, and Jeremiah’s tears, are articulate witnesses to this grim reality.

But God will have His way, in each and all of His chosen bond-servants, as each...despite much striving, deep lamentations and kicking against the pricks, eventually chose to stand firm and trust in His Word… in blind faith, despite a myriad of contradictions, which strewed each of their dejected paths. Paul is no stranger to the Spirit’s exhaustive teachings in his own grief-stricken life. He too addresses the issue of deep privations and hardships in many of his scripts. Paul concluded that in everything…commending ourselves as bond-servants of God.  2.Corinthians 6:4  After an all-inclusive address in 2 Corinthians 6  Paul finally reaches the end of himself too – as “three times” he called on the Lord and thrice begged Him to remove his thorn… and three times he heard:- My grace is sufficient… My grace is sufficient… My grace is sufficient for thee… for MY strength is perfected in YOUR weakness.

This was no easy lesson for Job, nor David, nor Jeremiah. This was no easy lesson for Paul. The Comforter and Intercessor for Paul was the One that revealed Himself to Job. And as with Job, He implores, urges, and entreats Paul to come to an end of himself… to share, unreservedly, the innermost depths of his being with his Lord and Saviour. And what follows with Paul, as with Job, is

The Beauty Lord Is You

He is altogether lovely. This is my beloved.
Song of Solomon 5:16

Conformed into the image of His Son
Romans 8:29

Mark of a Christian

A Christian is not only one who believes differently from others. A Christian is one who IS different from others. Deep changes take place in the heart by the work of the Spirit of God. The Spirit is working in us – first to will the good – and then to do the good. First right decisions. Then right desires. The Christian is marked by an uprightness of moral qualities. Then comes a transparency of inner motives, and then a displayed of beauty of character.

Qualities of character that reflect a true Christian testimony – not only in word alone but in disposition and in deed; in mind and in motive; in action and in attitude; in conscious thought and unconscious thinking; in gentleness of spirit and long-suffering of heart. Lord change me thus, that the beauty of the Lord may be seen in me; that the loveliness of the Beloved is shown forth in me; that I may be a reflection of His comeliness; that I may be a channel of blessing through whom He flows to others.

This is only possible as I submit to the working of the Spirit of God, deep in the recesses of my soul.. searching the depths of my heart – trying the inner secrets of my very being. It is His life which must be in evidence; His Spirit, imparting and renewing His own life within – the beauty of the Lord shining forth.

Personal traits of character must be replaced; sanctified by His features; consecrated by the one Who is altogether lovely. Until His comeliness is seen in me.. as His life is growing up within. Oh Lord, change me into the image of Jesus. Search me, O God, and know my heart. Try me, and know my thoughts and see if there be any wicked way in