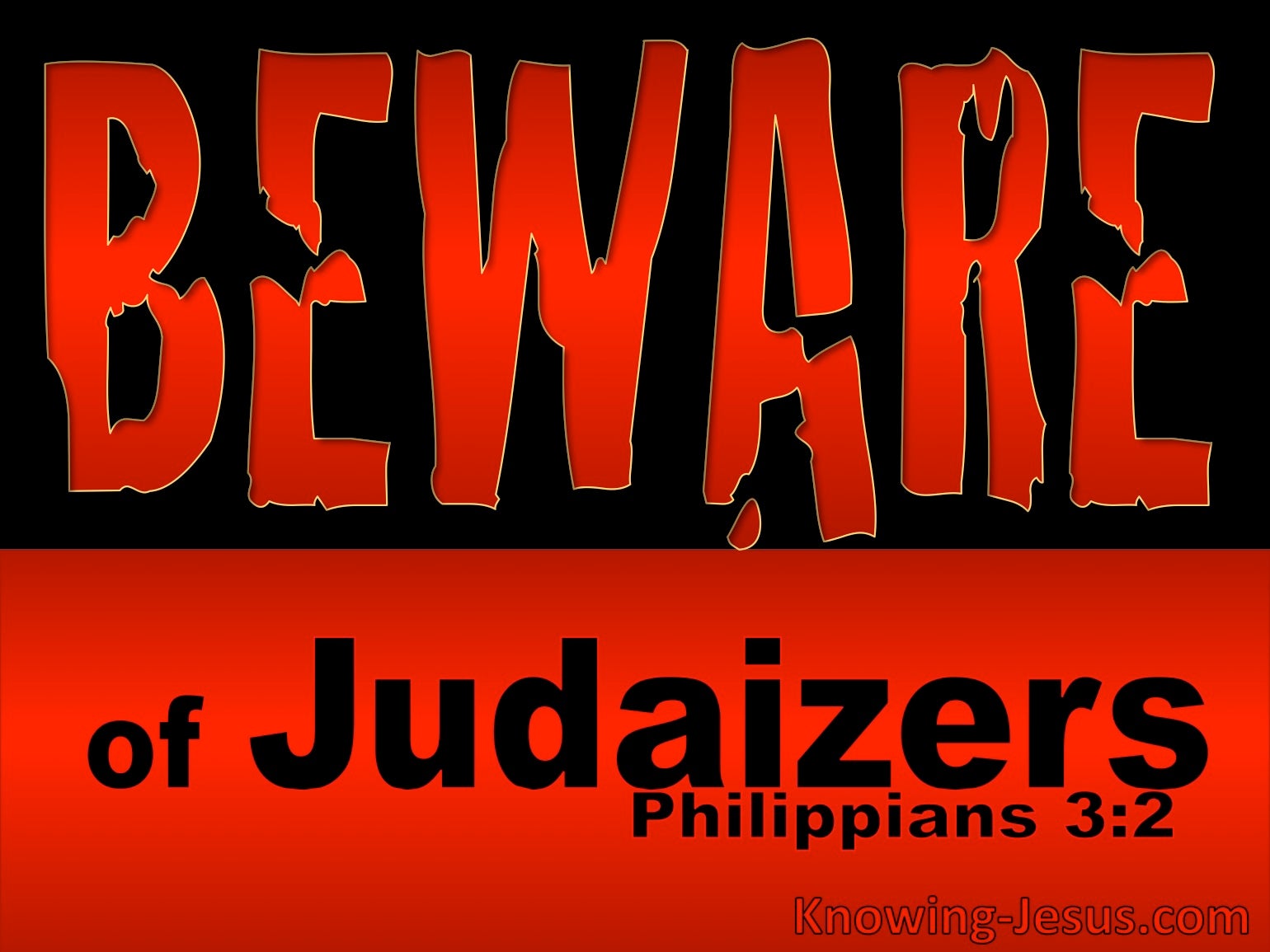 I don’t have any silver or gold for you. But I’ll give you what I have. In the name of Jesus Christ the Nazarene, get up and walk! (Acts 3:6 NLT)

The members of the new heavenly Israel are people who have been delivered from self-interest into God's interest, who have been put on their spiritual feet by Jesus Christ and are walking in strength in the way of the Lord. Do you not think it is a very significant thing that the first miracle after the Day of Pentecost was the raising of an impotent man at the gates of the temple in Jerusalem? These are not just pretty stories put together to make an interesting book. God knows what He is doing, and when He makes the first miracle of the Christian era the raising of an impotent cripple, He is saying that the people of this new Israel are people who have been delivered from this impotence and put on their feet spiritually.

There are a lot of Christian cripples about! They cannot get on their own feet, nor can other people put them there. You try to pick them up! They may take a step or two, and then down they go again. There are many like that, and you can spend your life trying to get them up on their feet. What is it that is eating the very life out of them? What is it that is making them such helpless cripples that they cannot walk? It is self-centeredness. Make no mistake about it, it is self in some form. It is self that wants to be taken notice of. It is self in the form of pride. This poor man was delivered because he knew his own helplessness and he believed what Jesus said. He believed on to Jesus Christ, which means that he believed out of himself. Yes, that is the secret – that we shall turn from our miserable selves and cease to be occupied with them, saying once and for all: "I am done with you, wretched self. I throw myself on to Jesus Christ. I take the one great step of committal." Jesus never lets such a person down.

Trust in him at all times, O people; pour out your heart before him; God is a refuge for us.—David strengthened himself in the Lord his God.—“God will visit you and bring you up out of this land to the land that he swore to Abraham, to Isaac, and to Jacob.”—“‘I have surely seen the affliction of my people who are in Egypt, and have heard their groaning, and I have come down to deliver them.’ This man led them out, performing wonders and signs in Egypt and at the Red Sea and in the wilderness for forty years.”—Not one word of all the good promises that the Lord had made to the house of Israel had failed; all came to pass.

He who promised is faithful.—Has he said, and will he not do it? Or has he spoken, and will he not fulfill it?—“Heaven and earth will pass away, but my words will not pass away.”—The grass withers and the flower fades, but the word of our God will stand forever.

The eyes of all look expectantly to You.

He gives to all life, breath, and all things. § The Lord is good to all, and His tender mercies are over all His works. § Look at the birds of the air, for they neither sow nor reap nor gather into barns; yet your heavenly Father feeds them.

The same Lord over all is rich to all who call upon Him.

"Why are the people of God suffering? - that they may be conformed to the image of His Son. Of course, we may not need a world upheaval to do this, but God is going to use all conditions to that end, and, tragically enough, there are multitudes of the Lord's people who do need a world shaking.

"They are so bound up with the externalities of Christianity, with its whole structure and system, that nothing but that which will overthrow, disintegrate, destroy, and raise tremendous questions about the whole business, will bring them to the place where the Spirit of God can begin really to do the work He has come to do in them." -T. A-S.

"Job was a true servant of God; but he needed to learn himself, as we all do. He needed to have the roots of his moral being laid bare in his own sight so that he might really abhor himself, and repent in dust and ashes. And furthermore, he needed a truer and deeper sense of what God was, so that he might trust Him and justify Him under all circumstances." -C.H.M.

“Notwithstanding in this rejoice not, that the spirits are subject unto you.” Luke 10:20

As Christian workers, worldliness is not our snare, sin is not our snare, but spiritual wantonness is, i.e.: taking the pattern and print of the religious age we live in, making eyes at spiritual success. Never court anything other than the approval of God, go "without the camp, bearing His reproach." Jesus told the disciples not to rejoice in successful service, and yet this seems to be the one thing in which most of us do rejoice. We have the commercial view - so many souls saved and sanctified, thank God, now it is all right. Our work begins where God's grace has laid the foundation; we are not to save souls, but to disciple them. Salvation and sanctification are the work of God's sovereign grace; our work as His disciples is to disciple lives until they are wholly yielded to God. One life wholly devoted to God is of more value to God than one hundred lives simply awakened by His Spirit. As workers for God we must reproduce our own kind spiritually, and that will be God's witness to us as workers. God brings us to a standard of life by His grace, and we are responsible for reproducing that standard in others.

Unless the worker lives a life hidden with Christ in God, he is apt to become an irritating dictator instead of an indwelling disciple. Many of us are dictators, we dictate to people and to meetings. Jesus never dictates to any of us in that way. Whenever Our Lord talked about discipleship, He always prefaced it with an "IF," never with an emphatic assertion - "You must." Discipleship carries an option with it.

The Scandalous Truth - Growing In Grace (16)

If we would judge ourselves, we would not be judged
1 Corinthians 11:31

Scriptural truth are so staggering, and God standard so scandalous that we often substitute our own preferred thoughts in preference to His word. And yet we are told by Paul: if we would judge ourselves (by God’s standard) we would not be judged.

God has set one criterion for salvation in His word, and it is, believe  on the Lord Jesus. If only we would trust His word. But legalism, works of the flesh, skewed doctrine, and false perceptions too often muddy the truth.

God has also set out His method for sanctification, and we are to grow in the Christian life the way He dictated, and not try to do it our own way. If only we would believe His word – but self-effort, wrong doctrine, and inappropriate church requirements often hinder our progress. God has set one singular requirement for spiritual growth, which is by grace through faith.. which is all of God and none of me, but legalism, self, false doctrines, and wrong perceptions so often cause confusion.

God has set a simple yardstick for growth and it is easy to obey. He has set it out in the New Testament epistles, but a wrongly divided the word of truth, living by self-effort or ignoring His directives, rather than abiding in Christ and submitting to the Spirit, often causes regression.

We are told that the only standard for pleasing God, is faith. Confidence and conviction in all God’s promised word, whether it be visible or invisible, present or future. But too often we allow sight, feelings, or circumstances to

His Way is Best

Who is the man who fears the Lord? He  will instruct him in the way that he should go.
Psalm 25:12

I know, O Lord, that the way of man is not in himself – that it is not in man who walks to direct his steps.
Jeremiah 10:23

I have mountains in my life, as you have in yours. Heavy obstacles that threaten to bar our way to the Celestial City. Happenings that seek to frustrate our peace and threaten our progress. Things that block our rest in Him. Things that mar our vision and endanger our hope. Such things lay a heavy claim on our abiding in Him and resting in His love. That uncongenial employment – that lack of occupation or financial burden – that irritating relative – that frustrating neighbour or disappointing child. That broken friendship – that shattered relationship – that cruel word. That monotonous daily round, that thorn in the flesh – that daily cross to bear. Oh, how we long that they be cut off and how we pray for their removal, and yet these are the very conditions for which we have prayed so earnestly! Conditions that He uses for our spiritual improvement!!

These are the means that God chooses to impart to us the graces we so desire. These are the situation He uses to conform us into the likeness