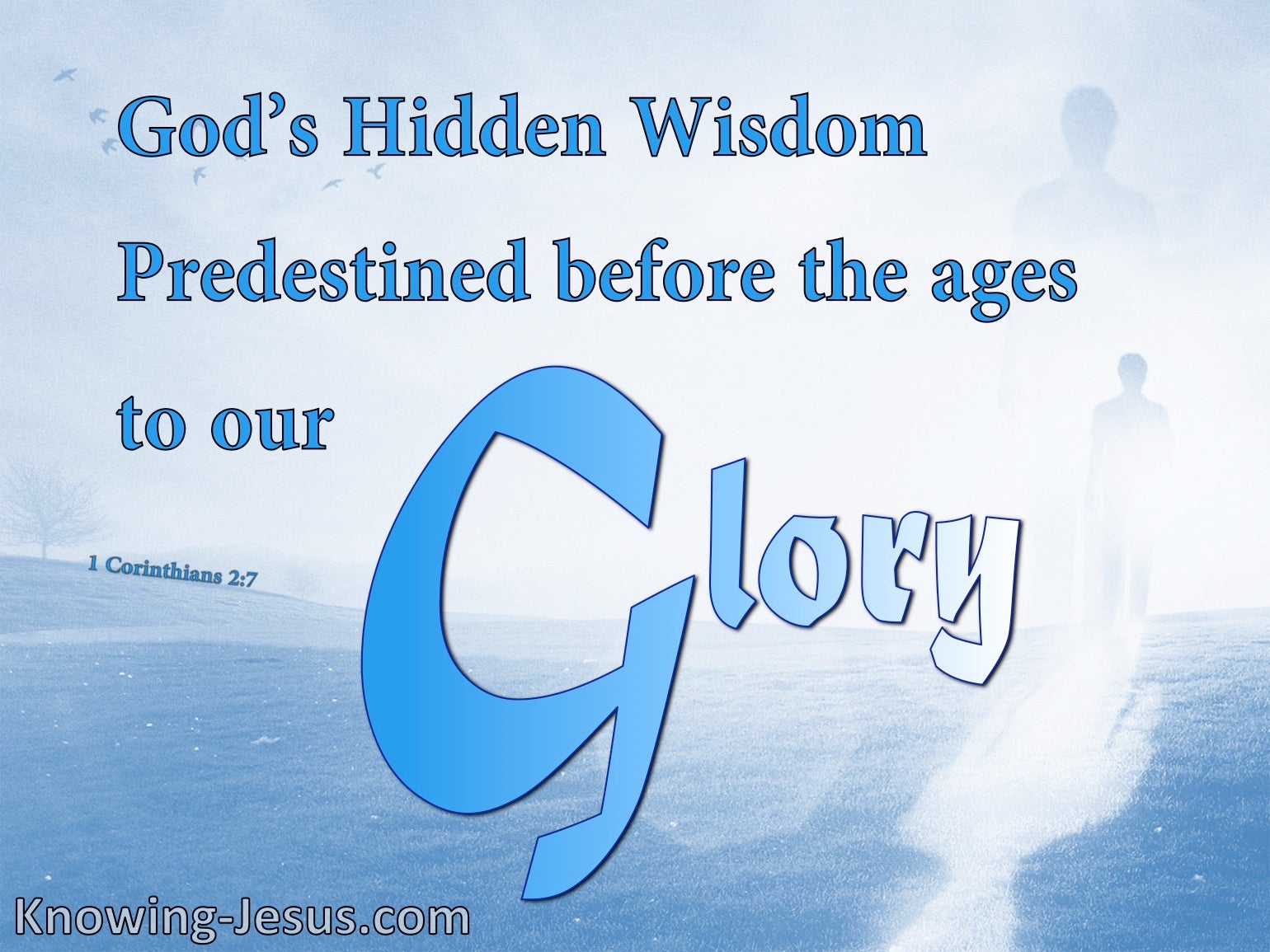 The Danger of Coming Short

God, who saved us and called us to a holy calling, not because of our works but because of His own purpose and grace, which He gave us in Christ Jesus.... (2 Timothy 1:9 ESV)

Whenever we are being faced with some new and different course, some fresh proposition or position, there is one all-governing question that we should ask, and which we should take ample time to ponder and pray over seriously. That question is Does this thing before me stand in direct line with the full purpose of God, as revealed not in a fragment but in the fullness of His Word? God has left us in no doubt that He has a clearly defined purpose in view as the ultimate object of all His dealings. He has also made it abundantly clear what that purpose is. Further, it is distinctly shown that believers are "called according to His purpose," and that they are to "make their calling and election sure."

It is the business and duty of every true Christian to study so as to be quite clear as to what that "Eternal Purpose" is. Having done so, everything that arises to engage us must be brought to the judgment bar of that purpose, and interrogated in its light. God will not cut across our path, or give us particular light at any fork in the road if we have not been diligent in this quest, or faithful to the light given. It just will not do to allow ourselves to be influenced by questions of comparative right or wrong, good or bad, permissibility, desirability, expediency, or policy. Nor must ambition, soul-gratification, enlarged prospects "for the Lord," wider acceptance in Christianity, or any such thing, color our judgment or affect our decision. Advantage and cost are ruled out here as deciding factors. One question, and one alone, will decide tragedy or glory: does this that is before me stand directly in line with the full purpose of God? When the end is reached, the full story told, the sum taken, how much that is bound up with this will be stripped off, as having no real substance with what is Christ, and therefore fail to be carried over into the eternal? What will the River carry away, and what will emerge on the other side?

The ark of the covenant of the Lord went before them . . . to search out a resting place for them.

My times are in Your hand. § He will choose our inheritance for us. § Lead me, O Lord, in Your righteousness … make Your way straight before my face.

The Lord is my shepherd; I shall not want. He makes me to lie down in green pastures; He leads me beside the still waters. § As a father pities his children, so the Lord pities those who fear Him. For He knows our frame; He remembers that we are dust. § Your heavenly Father knows that you need all these things. § [Cast] all your care upon Him, for He cares for you.

Thus says the High and Lofty One who inhabits eternity, whose name is Holy: “I dwell in the high and holy place, with him who has a contrite and humble spirit, to revive the spirit of the humble, and to revive the heart of the contrite ones.”

Behold, I stand at the door and knock. If anyone hears My voice and opens the door, I will come in to him and dine with him, and he with Me.

Lo, I am with you always, even to the end of the age. § How precious is Your lovingkindness, O God! Therefore the children of men put their trust under the shadow of Your wings.

Sin shall not have dominion over you; for ye are not under the law but under grace" (Rom. 6:14).

"It is obvious that, apart from the knowledge of dispensational truth, the believer will not be intelligently adjusted to the present purpose and will of God in the world. Such knowledge alone will save him from assuming the hopeless legality of the dispensation that is past or from undertaking the impossible world transforming program belonging to the dispensation which is to come." -W.S.C.

"The Law of Moses is interrelated and wholly dependent on the sacrifices and ritual provided for Israel in the land. The laws of the kingdom (Sermon on the Mount) are only related to the future kingdom conditions which shall be in the earth under the power and presence of the King when Satan is bound, creation delivered, and all shall know the Lord from the least unto the greatest.

"All harmony of truth is shattered when there is the slightest commingling of the principles of law and grace. Grace alone now reigns through Christ to the glory of God the Father, the Son, and the Holy Spirit."

Reconciling One’s Self To The Fact Of Sin

It is not being reconciled to the fact of sin that produces all the disasters in life. You may talk about the nobility of human nature, but there is something in human nature which will laugh in the face of every ideal you have. If you refuse to agree with the fact that there is vice and self-seeking, something downright spiteful and wrong in human beings, instead of reconciling yourself to it, when it strikes your life, you will compromise with it and say it is of no use to battle against it. Have you made allowance for this hour and the power of darkness, or do you take a recognition of yourself that misses out sin? In your bodily relationships and friendships do you reconcile yourself to the fact of sin? If not, you will be caught round the next corner and you will compromise with it. If you reconcile yourself to the fact of sin, you will realize the danger at once - Yes, I see what that would mean. The recognition of sin does not destroy the basis of friendship; it establishes a mutual regard for the fact that the basis of life is tragic. Always beware of an estimate of life which does not recognize the fact that there is sin.

Jesus Christ never trusted human nature, yet He was never cynical, never suspicious, because He trusted absolutely in what He could do for human nature. The pure man or woman, not the innocent, is the safeguarded man or woman. You are never safe with an innocent man or woman. Men and women have no business to be innocent; God demands that they be pure and virtuous. Innocence is the characteristic of a child; it is a blameworthy thing for a man or woman not to be reconciled to the fact of sin.

He hath holpen his servant Israel, in remembrance of His mercy- as he spoke to our fathers, to Abraham, and to his seed for ever.
Luke 1:54

Adam was made in the image and likeness of God. Adam was made in a state of innocence. Adam walked naked and was not ashamed. In his innocence, Adam knew nothing of evil, for evil was not there to be known. As yet, Adam had no need of conscience – man gained his conscience through the fall.

The serpent said … your eyes shall be opened and you shall be as gods knowing good and evil. Gen.3:5, but the serpent omitted some vital truth in his earliest and most malignant lie. The serpent left out the material part of the truth – the shocking, awful truth.. that Adam would know good – without the power to do it, and that that Adam would know evil – without the power to avoid it. The point where they tried to raise themselves to the pinnacle of moral existence, was the point they lost the very ground of elevation they had been given – innocence. Our first parents became degraded souls.. forever separated – separated from the love and grace of God. They became powerless Satan-enslaved, conscience-smitten.. terrified creatures. The eyes of both were opened, but what a ghastly sight they discovered, for they found they were naked: wretched; miserable; poor; blind and naked.  Yes, they knew they were naked – sad fruit of the tree of knowledge.

And so as Mary sang:- He hath helped his servant Israel, in remembrance of His mercy, as he spake to our fathers, to Abraham, and to his seed for ever. Mercy that had its roots in God’s dealings with Adam that fateful day. Adam was filled with shame, he was afraid and hid from the Lord God. He found himself nakedly exposed before the eyes of God. His nakedness was open and revealed before God. The apron covering, which Adam constructed did not satisfy. It did

The apostles gathered themselves together to Jesus, and told Him all things. And He said, Come ye yourselves apart into a desert place, and rest a while, for there were many coming and going, and they had no leisure so much as to eat.
Mark 6:31

Christ loves His own. He knows their fears and He knows their needs. The apostles were weary and tired, fearful, and distressed. The great prophet and voice of one crying in the wilderness…  the one who had prepared the way for Him Who was to come, had been cruelly murdered to suffice a foolish promise. The beloved John who cried out: "Behold the Lamb of God"… the one who had pointed many of these same men to the One that stood among then – he had been slaughtered in an orgy of lust and crudity, and so they gathered themselves to Jesus. Should not we in like manner gather ourselves to the Source of all calm?  Should not we similarly flee to the Lord and rest under the pinions of His love?  Should not we cast all our burdens upon Him – for He cares for you too?

The world is being rocked by earthquakes and submerged in mud-slides. People are rushing hither and thither to seek for answers and search out solutions. Many eyes are being distracted – removed from the Source of understanding. Men’s hearts are failing within them..  believers and non-believer alike. Ofttimes we are like the disciples who get fearful of the crazy things around us. Sometimes the distresses that are coming on the world can cause us to fear. Should we not listen to the still small voice of His perfect peace that loves His own.. and come aside to the fountain of Life and drink deeply of Him.

Despondency contracts the soul and withers the heart. Depression renders one unfit or unable to receive His inner peace. Discouragement magnifies the burden and renders it too heavy to bear. Distress is the outcome of a heart that has