The one who does not love does not know God, for God is love. 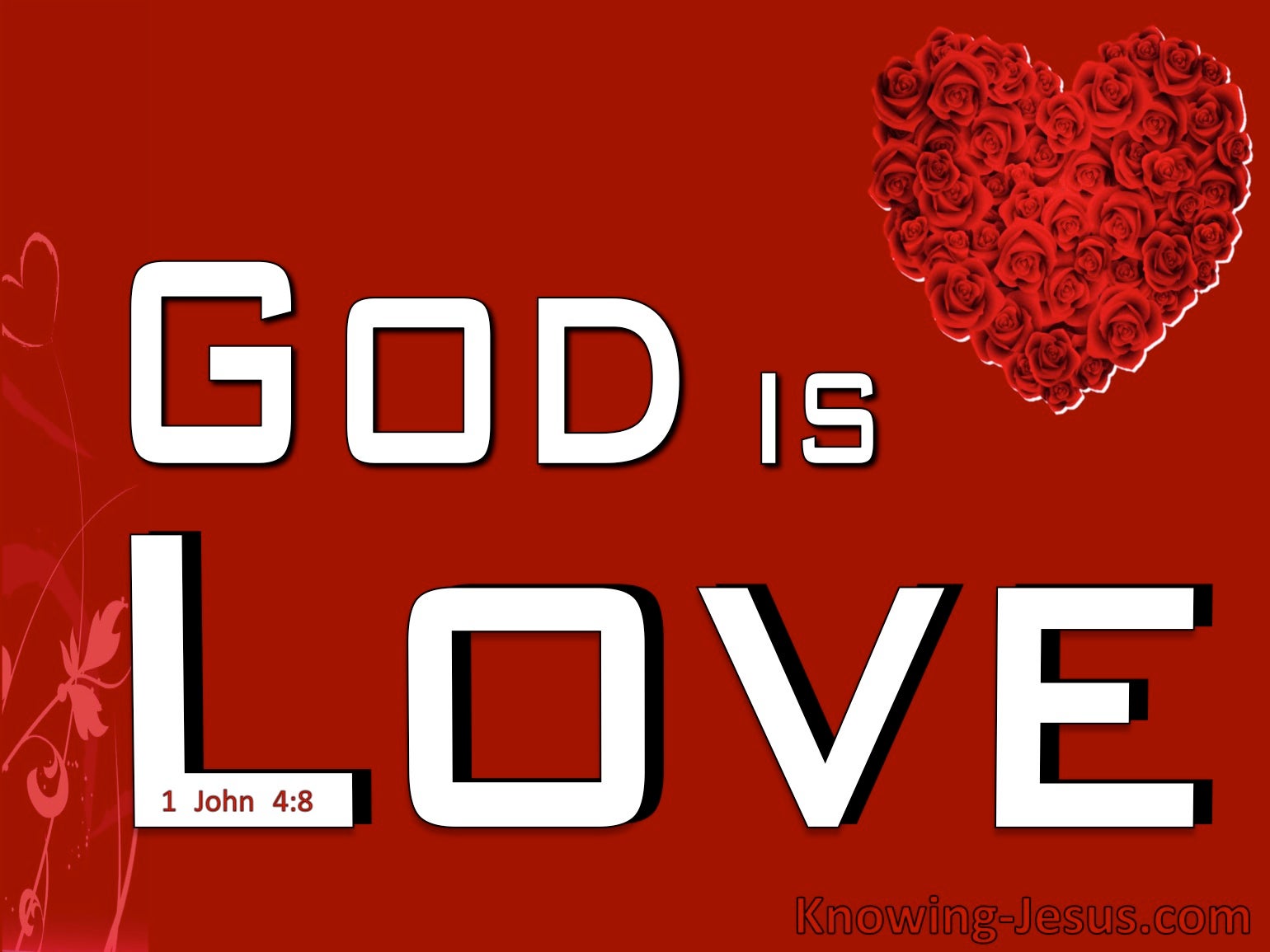 Life in the Spirit

This Life is a very vast Life. It reaches into God's greatpurpose, and we are a part of it;we are "the called according to His purpose." We wantto know the purpose; we want to know our place in thepurpose; we want to know our faculties, our functions.How shall this be? Not by studying up what they are,but by being in Life. It may be very interesting to have ascientific knowledge of the workings of our humanbodies, but it is not necessary in order to live. Live, andthe thing happens. You never have to consider whetheryou will take your next breath, to sit down and make amental problem of it. You do it, and everything else isbound up with it, and follows in proper order. Breathingproperly has a great deal bound upwith it. Well then, live and everything else will follow.That is only saying, in other words: move, have your lifein the Holy Spirit, and all the plan and order of God willfollow. You are bound to come into it, you cannot helpyourself.

Thus the object is to get the Lord's people to a placewhere they walk with the Lord, and are so open to Himthat they are prepared for all that walking with Himmeans. Sometimes it will mean that they will have toleave a great deal that is of a secondary character;perhaps forsake many things, even religious things, theaccepted things, to walk with the Lord. There may be aprice attached to it; misunderstanding, and loneliness,and much besides; but if you are so open to the Lordthat nothing else matters, and you mean to walk withGod whatever the cost, no matter what people say youought to do as (in their thought) a part of a greatChristian order or religious machine, you will come intoall God's secret thought as naturally as a flower opens tothe sun, and you will be making discoveries and findingthat there is a vast realm of meaning and possibility andcapacity and power that you never dreamed of. The Lord is not going to stretch it out before us, and show us it. We shall discover it as we walk in the Spirit.

His commandments are not burdensome.

This is the will of Him who sent Me, that everyone who sees the Son and believes in Him may have everlasting life. § Whatever we ask we receive from Him, because we keep His commandments and do those things that are pleasing in His sight.

Happy is the man who finds wisdom, and the man who gains understanding. § Her ways are ways of pleasantness, and all her paths are peace. § Great peace have those who love Your law, and nothing causes them to stumble. § I delight in the law of God according to the inward man.

This is His commandment: that we should believe on the name of His Son Jesus Christ and love one another. § Love does no harm to a neighbor; therefore love is the fulfillment of the law.

Do not remember the sins of my youth, nor my transgressions.

I have blotted out, like a thick cloud, your transgressions, and like a cloud, your sins. § I, even I, am He who blots out your transgressions for My own sake; and I will not remember your sins. § “Come now, and let us reason together,” says the Lord, “though your sins are like scarlet, they shall be as white as snow; though they are red like crimson, they shall be as wool.” § I will forgive their iniquity, and their sin I will remember no more. § You will cast all our sins into the depths of the sea.

You have lovingly delivered my soul from the pit of corruption, for You have cast all my sins behind Your back. § Who is a God like You, pardoning iniquity? He does not retain His anger forever, because He delights in mercy. § To Him who loved us and washed us from our sins in His own blood … to Him be glory and dominion forever and ever. Amen.

We have all cringed at the sad spectacle of the "nouveau riche." And yet many of us as believers present the same failure - flaunting and mishandling our spiritual riches in Christ Jesus.

"The Lord deals with us in order that we might be able to minister in an apt way. His stewards are to be men of understanding, who can touch the various needs, who can reach the heart, so that the Lord's children are saying: That just fits me! That touches my case! That person must know! That one must have been through it! Yes, the Lord knows, and He would take you and me through experiences such as will make us sharers in a living way - and that is what He is doing." -T. A-S.

"It is a new day to your soul when you realize that Christ is the Source of everything, and that it is from Him you must draw, and not from ministry about Him. Many can explain Scripture and even apply it, who are not under the effect of it themselves. They have not come from Him, and are not themselves imbued with that which they are trying to convey.

"There is much wise counsel and good teaching which is not applicable to the moment and to the need. It does not effect what is the Lord's desire as the end of the ministry, which is to lead the soul to Himself, because it is not spoken in communion with Himself. You must first get to where He is, and then you are brought into harmony with the scene where He is."

"Who comforteth us in all our tribulation, that we may be able to comfort them who are in any trouble, by the comfort with which we ourselves are comforted of God" (2 Cor. 1:4).

God is God, and being God He knows no limits, for He is Infinite. God is God. and being God there is no limit to His presence.  He is omnipresent in time and eternity – in space and throughout creation. Yet His omnipresence takes on a new, and unsurpassed dimensions in the Christian, for He takes up permanent residence within the being of the believer in Christ.

God is God, and being God He chooses to make us the Temple of His Presence. The indwelling presence of God within the Christian is no myth or folk-legend.  This is no speculative nicety, no theoretical yen – no considered spiritual opinion. The indwelling Christ is a reality... a scriptural fact proclaimed by God’s Word. The presence of God takes up eternal residence in the spirit of a believer at rebirth... baptised into the body of Christ – one with Him and one in Him and He in us.

But many choose to confine His presence to the realm of conscious feelings, or seek after a plethora of spiritual experiences to 'prove' God speaks the truth. Some even erroneously bemoan that God has withdrawn His presence from them... often seeking out some personal sin or deficiency that caused God’s withdrawal – refusing to believe His Word, unless God proves Himself to their satisfaction.

In the roulette wheel of life, does your head sometimes spin out of control? Do you look at your present life and wonder how you are going to make it through.. as you watch the merry-go-round of life leave you struggling in the mire? Do you sometimes feel that life has dealt you a really duff hand of cards.. a full-hand of jokers, where you see yourself as the chief clown – a failure in your own eyes, and a thing of scorn to pitying onlookers?

Do you look back on your life and bemoan what you have left or lost? Do you look forward and see nothing but pain for the rest of your life on earth? Remember, that in the midst of all life’s pains and disappointments, God can deal you the winning hand, though to others it may appear mean.. if you will remain in faithful obedience in the place where He has planted you.. if you will just open your ears and listen to all that He has to say to you – if you will just open the eyes of your heart to the promises He has to give you.

This is what happened to a motley group of despised shepherds. Theirs was no enviable position and yet they were a group of faithful watchers, who in humility of heart and faithful obedience to their calling saw God’s glory.

They were engulfed in the glory of God, in the midst of their mean lowly calling: and in the same region, there were shepherds, out in the fields, keeping watch over their flock by night. And an angel of the Lord appeared to them, and the glory of the Lord shone round about them, and they were filled with fear. We see that while these shepherds were at their common, humble work, they received this wonderful vision.

The heavenly visitor came to this little band as they were fulfilling their given task. The angelic host visited these men that were faithfully remaining