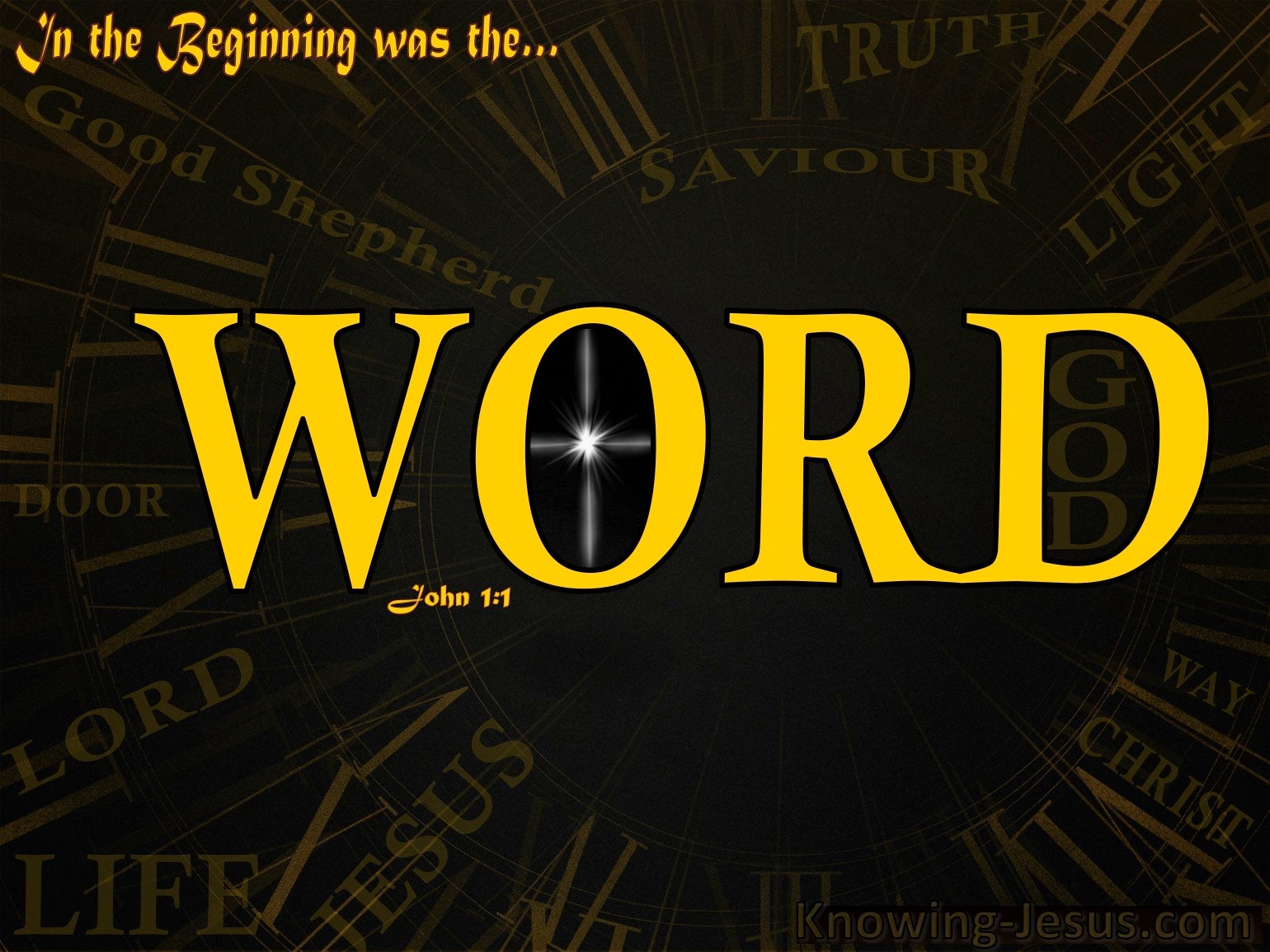 Revelation Of The Father

I bow my knees to the Father of our Lord Jesus Christ, from whom the whole family in heaven and earth is named. (Ephesians 3:14,15)

God is acting in this dispensation to get a family, and God’s present dispensational activity is not going to be defeated by death, and He is not going to be cheated of it by death. He will get a Family, and will cheat death of that Family. It is not God, Infinite and Mighty, as such, it is the Father; and it is a deathless Family that He is after. This Family is never divided by death, this Family is never broken into by death, this Family knows no such thing as bereavement by death, this Family will never lose a child by death. Of course, as the Family, when we enter into the appreciation of that, that is our comfort: that in this Family we do not lose anyone. Death may touch things here, but the spiritual Family is no more separated in the spiritual reality and in the eternal oneness of the Father’s house, than they would be if they were still here. It is the natural, human side of us that suffers the loss and knows all that pain. But what is the comfort of the believer? We sorrow not as those who have no hope. What is our hope? Because we have a Father who has got a Family that can never be broken up by death and never lose a member by death. Our hope is that the whole Family will be together with not one missing. The hope is that we have not lost any. Ours it is to be together forever. “The whole family in heaven and on earth....” That is a part of the meaning of Fatherhood, and that is what the Father is doing in this dispensation; getting that kind of Family.

The mentality of “God” is sometimes severe. We can never have a severe mentality in the right atmosphere of “the Father.” All these things have to be brought into that realm; the Lord’s dealings with us now are the dealings of the Father and are along the family line. That is what is happening in this dispensation.... The revelation above all revelations of God in the history of the world is the revelation in which we are now living; the revelation of the Father, brought to us by the Son, Jesus Christ. In future when we say “Our Father” may it have a fuller meaning for us.

If children, then heirs—heirs of God and joint heirs with Christ.

If you are Christ’s, then you are Abraham’s seed, and heirs according to the promise. Behold what manner of love the Father has bestowed on us, that we should be called children of God! § Therefore you are no longer a slave but a son, and if a son, then an heir of God through Christ. § [God] predestined us to adoption as sons by Jesus Christ to Himself, according to the good pleasure of His will.

Father, I desire that they also whom You gave Me may be with Me where I am, that they may behold My glory which You have given Me.

He who overcomes, and keeps My works until the end, to him I will give power over the nations. § To him who overcomes I will grant to sit with Me on My throne, as I also overcame and sat down with My Father on His throne.

Things which are despised God has chosen.

Look, are not all these who speak Galileans?

Jesus … saw two brothers … casting a net into the sea; for they were fishermen. Then He said to them, “Follow Me.” § Now when they saw the boldness of Peter and John, and perceived that they were uneducated and untrained men, they marveled. And they realized that they had been with Jesus.

My speech and my preaching were not with persuasive words of human wisdom, but in demonstration of the Spirit and of power, that your faith should not be in the wisdom of men but in the power of God.

You did not choose Me, but I chose you and appointed you that you should go and bear fruit … He who abides in Me, and I in him, bears much fruit; for without Me you can do nothing. § We have this treasure in earthen vessels, that the excellence of the power may be of God.

"That word, blameless,' may be translated unimpeachable' or unaccusable.' In other words, when we stand at last at the judgment seat of Christ, God Himself is going to see to it that no charge can stand against any believer, because the Lord Jesus Christ has atoned for all our sins with His own precious Blood. Every failure in life will be dealt with there, and all the wood, hay, and stubble will be burned in the fire of that day and we shall stand before our Lord unimpeachable, unaccusable." -H.A.I.

"Instead of my sins being between myself and Him, as before, it is Himself who is now between me and my sins; and the One who has thus interposed has given me to know that in the doing it He has brought me to Himself, and tuned my heart to His own praise.

"He has borne the judgment due to my sins, and condemned sin in the flesh; in the Person of my Substitute I am clear from, and carried beyond, the judgment forever; the power of death is annulled, that of Satan finally broken."

"Who shall lay any thing to the charge of God's elect? Shall God that justifieth? Who is he that condemneth? Shall Christ that died, yea rather, that is risen again, who is even at the right hand of God, who also maketh intercession for us?" (Rom. 8:33, 34)

The Concentration Of Personal Sin

When I get into the presence of God, I do not realize that I am a sinner in an indefinite sense; I realize the concentration of sin in a particular feature of my life. A man will say easily - 'Oh, yes, I know I am a sinner'; but when he gets into the presence of God he cannot get off with that statement. The conviction is concentrated on - I am this, or that, or the other. This is always the sign that a man or woman is in the presence of God. There is never any vague sense of sin, but the concentration of sin in some personal particular. God begins by convicting us of the one thing fixed on in the mind that is prompted by His Holy Spirit; if we will yield to His conviction on that point, He will lead us down to the great disposition of sin underneath. That is the way God always deals with us when we are consciously in His presence.

This experience of the concentration of sin is true in the greatest and the least of saints as well as in the greatest and the least of sinners. When a man is on the first rung of the ladder of experience, he may say - I do not know where I have gone wrong; but the Spirit of God will point out some particular definite thing. The effect of the vision of the holiness of the Lord on Isaiah was to bring home to him that he was a man of unclean lips. "And he laid it upon my mouth, and said Lo, this hath touched thy lips; and thine iniquity is taken away, and thy sin purged." The cleansing fire had to be applied where the sin had been concentrated.

Mercy and truth meet. Righteousness and peace kiss each other.
Psalm 85:10

In Christ, God was reconciling the world to Himself, not counting their trespasses against them, and entrusting to us the message of reconciliation.
2 Corinthians 5:19

Jesus, Whom God put forward as a propitiation by His blood, to be received by faith. This was to show God’s righteousness, because in His divine forbearance He had passed over former sins.
Romans 3:25

Who shall bring any charge against God’s elect? It is God Who justifies.
Romans 8:33

The moral qualities of God are absolute, and He makes them known. His attributes are expressed in His Word, and they make their demands. One attribute does not negate another, but each complements the other. Each aspect reflects the Lord’s glory, like the surface of a multi-faced diamond.

Mercy and Truth meet and are linked together in His eternal embrace. Righteousness and Peace are joined in God’s profound Love and Grace. Mercy is disposed to Clemency and Pardon. Truth is linked with Justice and Punishment. Righteousness must maintain the blameless One, yet judge the sinful one. Peace would rejoice in Forgiveness and Grace – all have their roots in the Love, Tenderness, and Intimacy of the Eternal One.

As members of the human race, we are made in the image of God, through Adam. As blood-bought believers, we are redeemed by Him, through Christ Jesus. As His children, we are being conformed into the image of His Beloved Son.

But how often these attributes of the Lord God appear to be in opposition. How frequently we regard them as opposite in nature and in expression. How many times do the complementary characteristics and moral qualities of God create an inward tension, by their demands in the heart of the believer!

We long to forgive the offender.. but we must maintain the rule of house. We would like to bypass the fault.. but to do so would countenance lawlessness and cause confusion. We

Did you experience overwhelming joy, delight and glory when you first believed? Did you tell all and sundry the wonders of God and the message of salvation? Were you one that for a time was seated on the top of the mount of transfiguration? Did you tell the world of all the joy and thankfulness that was in your heart..?

It is indeed glorious to be overwhelmed when in the midst of a host of angels.. but what of the time when you have been adrift in a sea of discontent and discomfort? What of those years, the locusts have eaten, and the pain that has ensued..? Has that first flush of fervour faded as you trudged the walk of life’s weary wilderness? Do you still have that vision with the passing of time and the increase of age? This is not only a present-day syndrome..but reflective of the history of mankind.

May this not have been the experience of shepherds following that astonishing night, as the simple shepherds also returned to face the tedious tasks of their daily duty? In Luke 8:20 we read that: "The shepherds returned….."

What a night for those humble men.. those faithful shepherds of the sheep. And oh! what precious sheep they were caring for, and feeding and protecting. Lambs, chosen to soon be offered in the temple as a sacrifice to the Lord Jehovah. Sheep... the innocent sacrifices that down through the centuries exemplified God’s Son. And these were the shepherds entrusted with the care of this small, precious flock. These were the ones, called upon to "feed my sheep" and "feed my lambs."

It seems these men, like David the shepherd king, were men after God’s own heart, as night after night and maybe year after year – these ones were unseen but faithful – unseen by multitudes, who daily flocked to the temple to seek YHWH’s forgiveness. Seen by the One who daily covered those sins – until the fullness of time came in.

They had indeed been overwhelmed