Mercy and truth have met together; righteousness and peace have kissed. 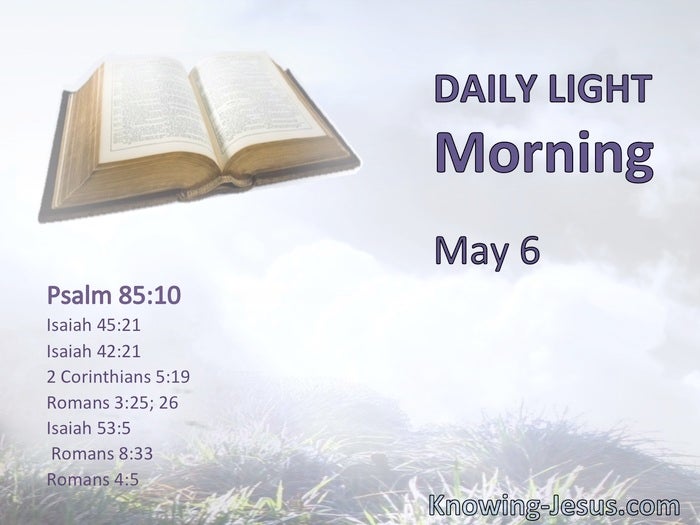 A just God and a Savior. § The Lord is well pleased for His righteousness’ sake; He will exalt the law and make it honorable.

God was in Christ reconciling the world to Himself, not imputing their trespasses to them. § God set [Him] forth as a propitiation by His blood, through faith, to demonstrate His righteousness, because in His forbearance God had passed over the sins that were previously committed, to demonstrate at the present time His righteousness, that He might be just and the justifier of the one who has faith in Jesus. § He was wounded for our transgressions, He was bruised for our iniquities; the chastisement for our peace was upon Him, and by His stripes we are healed. § Who shall bring a charge against God’s elect? It is God who justifies. § To him who does not work but believes on Him who justifies the ungodly, his faith is accounted for righteousness.