God wrote a few brief verses revealing how He created the world – what He did. God wrote the entire Scripture telling us about Himself – Who He is. It is not what a man does in his life that is of final significance, it is what a man IS in life that is of consequence – not what he does. It is character, that emanates from a man that is important. A man’s character is so much more than a man’s deeds. It is a man’s ambiance and attitude – that is written in the heavenly annals. It is a man’s atmosphere rather than his activities that counts at the last.

The character of God never changes. God is Who He is. He blesses His children and punishes the wicked… indeed He does. But man’s preconceived notions of God may distort the character of God – such as the suggestion that.. He only blesses and always ‘blesses’ the upright.  Both Job and his comforters had the same creed – but only Job spoke the truth of God. Only Job spoke rightly of the Lord. Job 42:7

The church in general, and believers specifically, often hold to this false perception. Christians can be in danger of accusing others, if they do not comply with an ideal, like imposing a distorted belief on someone who doesn’t measure up to set plumb-lines.. or accusations based on established 'Christian' thinking.. or a set of imposed standards.

If like Eliphaz we reason that God blesses the good man but not the bad man, we are on dangerous ground, for we falsely accuse the character of God. Such false assumptions about God, can only lead to spiritual bigotry and religiosity. If like Job’s friends we believe that God sends evil on the good and bad alike as – we are still on a shaky foundation, for God’s name is charged with evil. It was a false accusation against God, of which these friends were accused. We read: My wrath is kindled against thee, (Eliphaz) and against thy two friends: for ye have not spoken of Me the thing that is right, as my servant Job hath. Job 42:7.  God is good, and He may permit evil for the outcome of deeper and eternal good.. but all evil is from the accuser of the brethren, who is altogether evil.

God’s ways are not ours. Our understanding of God falls far short of His character.. but we must never accuse God’s character, over happenings that we don’t understand. Near the end of Paul’s life, his deepest desire was, That I may know Him.  At the end of Job’s deep season of anguish, he emerged knowing Him more. If it is through rationalisation that I know God, then I am miserably deceived. If it is through my own logical reasoning that I know God.. then I accuse Him wrongly. Do I believe on Him apart from my reason? Do I trust Him apart from logic and developed perceptions? Do I allow visible facts of life to distort my understanding and affect my faith? Both theology and doctrine are good. Biblical knowledge and articles of faith are necessary – but we must beware, when our philosophical ideals conflict with God’s revealed character.

Chambers says it this way… Theology is a great thing and so is a man’s creed… But God is greater, and the next greatest thing to God – is my relationship to Him.  The book of Job is probably the most extensive 'type' of the Christian life penned. The book of Job takes us from the old creation in Adam to the new creation in Christ… from a self-dominated life to a spirit-dominated life. 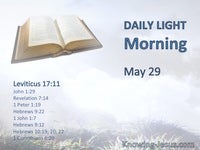 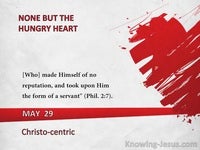