Then Jesus was led up by the Spirit into the wilderness to be tempted by the devil. 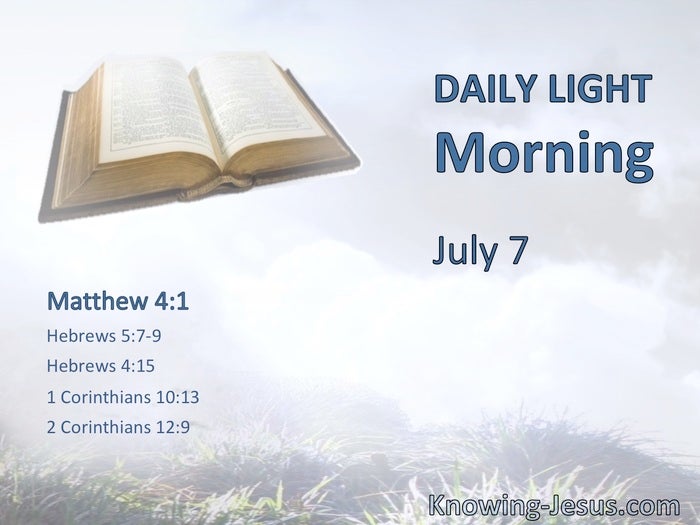 In the days of His flesh, when He had offered up prayers and supplications, with vehement cries and tears to Him who was able to save Him from death, and was heard because of His godly fear, though He was a Son, yet He learned obedience by the things which He suffered. And having been perfected, He became the author of eternal salvation to all who obey Him. § We do not have a High Priest who cannot sympathize with our weaknesses, but was in all points tempted as we are, yet without sin.

No temptation has overtaken you except such as is common to man; but God is faithful, who will not allow you to be tempted beyond what you are able, but with the temptation will also make the way of escape, that you may be able to bear it. § My grace is sufficient for you, for My strength is made perfect in weakness.