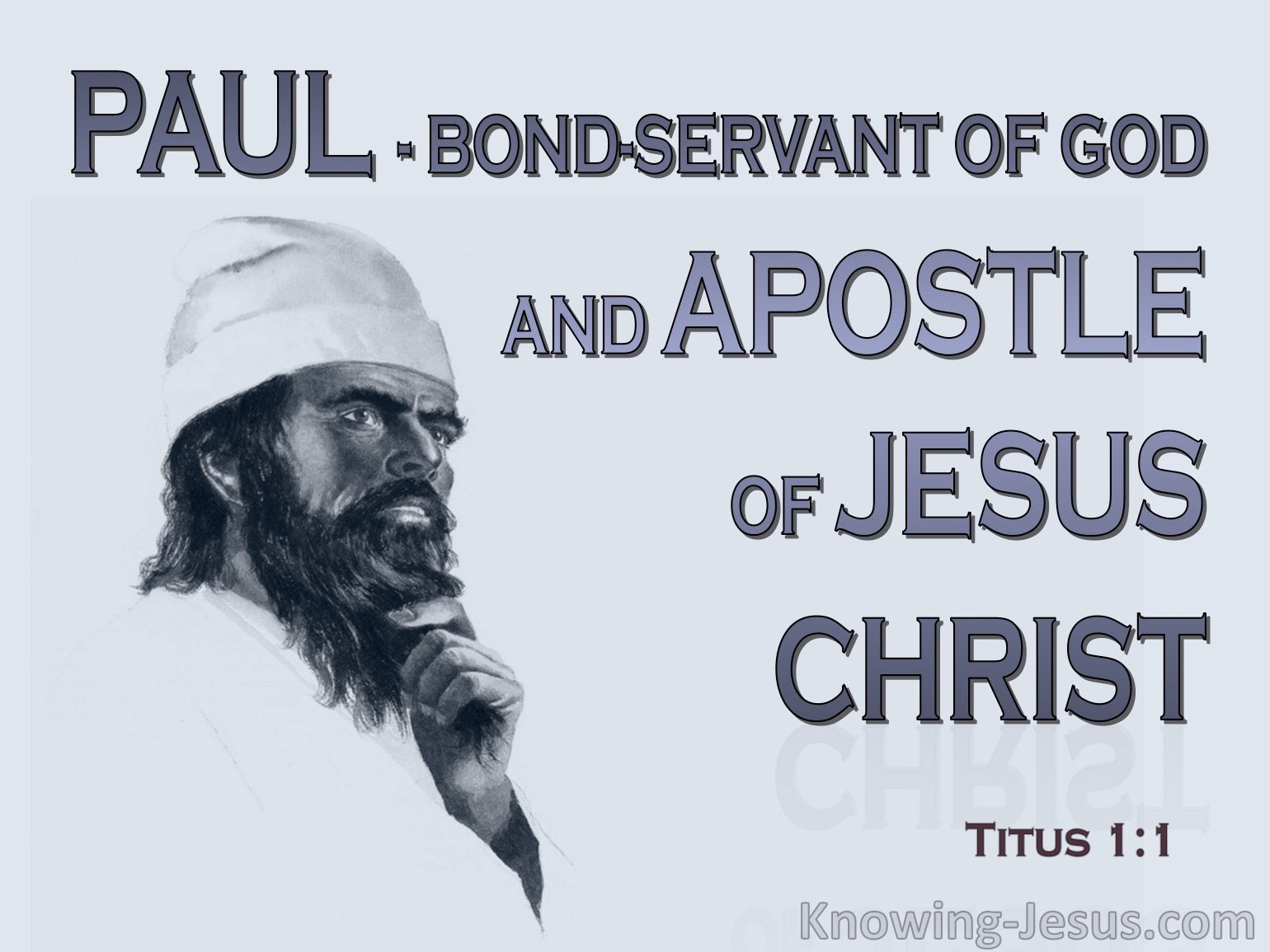 Their minds were blinded. For until this day the same veil remains unlifted in the reading of the Old Testament, because the veil is taken away in Christ. (2 Corinthians 3:14)

It is no small thing to have true spiritual sight. It represents a mighty victory. It is not going to come to you by just sitting passively and opening your mouths for it to arrive. There has to be exercise about this matter. You are right up against the full force of the god of this age when you are really out for spiritual understanding. It is a supernatural battle. So every bit of ministry that is going to be a ministry of true revelation will be surrounded by conflict. Conflict will go before, conflict will go on at the time, and conflict may follow after. It is like that. Herein, then, is the need for you to be exercised about light, that, while you hear the thing, you shall not take it for granted that, having heard it, you have got it; that you should afterward have very definite dealings with the Lord, that what He is seeking to break through to you shall indeed be entered into, and that you are not going to delude yourself by assuming that you know now merely because you have heard it in its terms. You may not know it. It may not yet be delivering light; there may be a battle necessary in this matter.

If we did but know it, a very great deal of the conflict which arises in our lives is because God is seeking to bring us further on the road, to open our eyes to Himself, to bring us into the light of His Son. God is seeking to broaden our spiritual horizon, and the enemy is out against that, and he is not going to have it if he can help it. Conflict arises. We may not understand it, but very, very often, more often than not, it is just that, namely, that the Lord is after something, and Satan says, "They shall not see that if I can help it!" So there arises a mighty warfare. This blindness is supernatural, just as enlightenment is supernatural.

Blessed is the man who listens to me, watching daily at my gates, waiting at the posts of my doors.

This shall be a continual burnt offering throughout your generations at the door of the tabernacle of meeting before the Lord, where I will meet you to speak with you. § In every place where I record My name I will come to you, and I will bless you.

Where two or three are gathered together in My name, I am there in the midst of them. § The hour is coming, and now is, when the true worshipers will worship the Father in spirit and truth; for the Father is seeking such to worship Him. God is Spirit, and those who worship Him must worship in spirit and truth. § Praying always with all prayer and supplication in the Spirit. § Pray without ceasing.

His name will be called . . . Counselor.

Does not wisdom cry out, and understanding lift up her voice? “To you, O men, I call, and my voice is to the sons of men. O you simple ones, understand prudence, and you fools, be of an understanding heart. Listen, for I will speak of excellent things, and from the opening of my lips will come right things … Counsel is mine, and sound wisdom; I am understanding, I have strength.”

The Lord of hosts … is wonderful in counsel and excellent in guidance. § If any of you lacks wisdom, let him ask of God, who gives to all liberally and without reproach, and it will be given to him. § Trust in the Lord with all your heart, and lean not on your own understanding; in all your ways acknowledge Him, and He shall direct your paths.

Born To Be Borne

Walk in (dependence upon) the Spirit, and ye shall not fulfill the lust of the flesh” (Gal. 5:16)

That which we most dread weakness and failure-are the very means by which our Father turns us from self-reliance to full dependence 200 upon the Holy Spirit.

“Walking in dependence upon the Holy Spirit, He leads up our hearts to where we are in the Lord Jesus. The new man finds delight in Him, and nowhere else. The Spirit is the living link between us and the Son in glory. He causes us to gaze upon Him, and we become changed into the same image, from glory to glory. This is true Christianity-the heart drawn off things here, and lovingly occupied with the One who is our Christian life.”

“As the believer grows, and his path becomes more involved, he is taught more about the Holy Spirit’s ministry, for he needs this doctrine increasingly for his comfort and rest in trial. His faith is not so strong and unwavering as he imagined; the ardor of his love soon vanishes; the power of sin, which at first he fancied was utterly broken, makes itself felt again, prayer becomes languid, and joy seems to have taken flight.

“In other words, the Father leads him into the valley, and lest he should make an idol of his faith, and a wellspring of a cistern, he is taught something of himself. Who does not know of this second stage of the Christian life, at first so painful, so humiliating, and filling the soul with perplexity? It is thus that we learn that the Spirit who has renewed our spirit must also sustain our new life; that we depend entirely on divine grace and strength, not merely to bring us to the Lord Jesus, but to keep us abiding in Him where He is.” -A.M.

Ye Are Not Your Own

There is no such things as a private life - "a world within the world" - for a man or woman who is brought into fellowship with Jesus Christ's sufferings. God breaks up the private life of His saints, and makes it a thoroughfare for the world on the one hand and for Himself on the other. No human being can stand that unless he is identified with Jesus Christ. We are not sanctified for our selves, we are called into the fellowship of the Gospel, and things happen which have nothing to do with us, God is getting us into fellowship with Himself. Let Him have His way, if you do not, instead of being of the slightest use to God in His Redemptive work in the world, you will be a hindrance and a clog.

The first thing God does with us is to get us based on rugged Reality until we do not care what becomes of us individually as long as He gets His way for the purpose of His Redemption. Why shouldn't we go through heartbreaks? Through those doorways God is opening up ways of fellowship with His Son. Most of us fall and collapse at the first grip of pain; we sit down on the threshold of God's purpose and die away in self-pity, and all so called Christian sympathy will aid us to our death bed. But God will not. He comes with the grip of the pierced hand of His Son, and says - "Enter into fellowship with Me; arise and shine." If through a broken heart God can bring His purposes to pass in the world, then thank Him for breaking your heart.

Study to show thyself approved unto God, a workman that needeth not to be ashamed, rightly dividing the word of truth.
2 Timothy 2:15

Jesus is often proclaimed to be the greatest of all teachers – and indeed He is. His philosophies are applauded by many and His profound words are often quoted. His moral instructions have positively influenced much of today's legal regulations. His ethical code and compassionate nature is copied and applauded by many bodies. His message and morals can be traced to all areas of society and religious reform.

No one spoke such gracious words as Jesus spoke – or acted as kindly as He did. No one taught like Jesus, or gave instruction like He did – for He was God incarnate. While Christ walked the earth, the Old Testament pointed to the person of Jesus.

Down through the centuries it was the prophets that pointed to the man Christ Jesus. From creation to the cross the law, the prophets and psalms were heralding Christ. The law, prophets, poetry, and psalms pointed forward to the coming Messiah. Most of the four gospels were presenting Jesus... the Messiah King as being present.

The epistles point us back to the Lord Jesus – His death, burial, and resurrection. The book of Revelation points forwards to everything connected to His 2nd coming. Many Christians today apply the things Christ’s taught to their own spiritual lives, yet much of what the gospels teach are teachings directed towards the nation of Israel.

The gospels tell the story of Christ’s revelation to mankind – and His rejection. They show Christ as the promised Seed of the woman, Who would crush Satan’s head. The gospels tell of the prophetic fulfilment of the promised Passover Lamb of God. They show Jesus as the Seed promised to Abraham – Who will reign in great power. They identify Christ as the fulfilment of so many Messianic prophecies and promises.

Looking to JESUS, the Author and Finisher of our faith…”
Hebrews 12: 2

Any mariner knows that a fraction of a degree off-course and he misses his port. He may be 99% correct but that 1° is crucial to his safe arrival at his destination. If he sets his course towards a movable marker his journey will end in disaster. If he anchors his vessel to drifting wood, he will meander across a sea of confusion. If this is physical reality – how much more must this be true in the spiritual realm?

Hebrews is a book that is written to both encourage and warn Christians in their walk. It helps maturing believers to steer a straight life-course through this world of unbelief. It warns that faith in God is the compass that guides us through the dark storms of life. It is a book that cautions against unbelief citing Israel’s faithlessness to be avoided. It is a book that councils the Christian to maintain their trust in God and look to Jesus – and it gives four interrelated and progressive steps towards spiritual maturity.

FIRST:- We are to strip aside every part of life that hinders our growth in our Christian life,  for a surfeit of earthly things, whether good or evil, will hinder our spiritual walk.

SECOND:- We are to renounce the besetting sin of unbelief, which has caused so many to stumble..  for what God requires of us all is that we have faith Him and trust His Word – for without faith in Him we are unable to grow in our spiritual life.

THIRD:- We are to travel through life with patient endurance as we maintain our trust in God. The author of Hebrews tells us to run with endurance the race God has set before us – and this teaches us godly obedience as the Spirit conforms us into Christ’s image.

FOURTH:- We are to travel towards the goal of our calling, steadily looking to Jesus. We are single-mindedly to keep the eyes