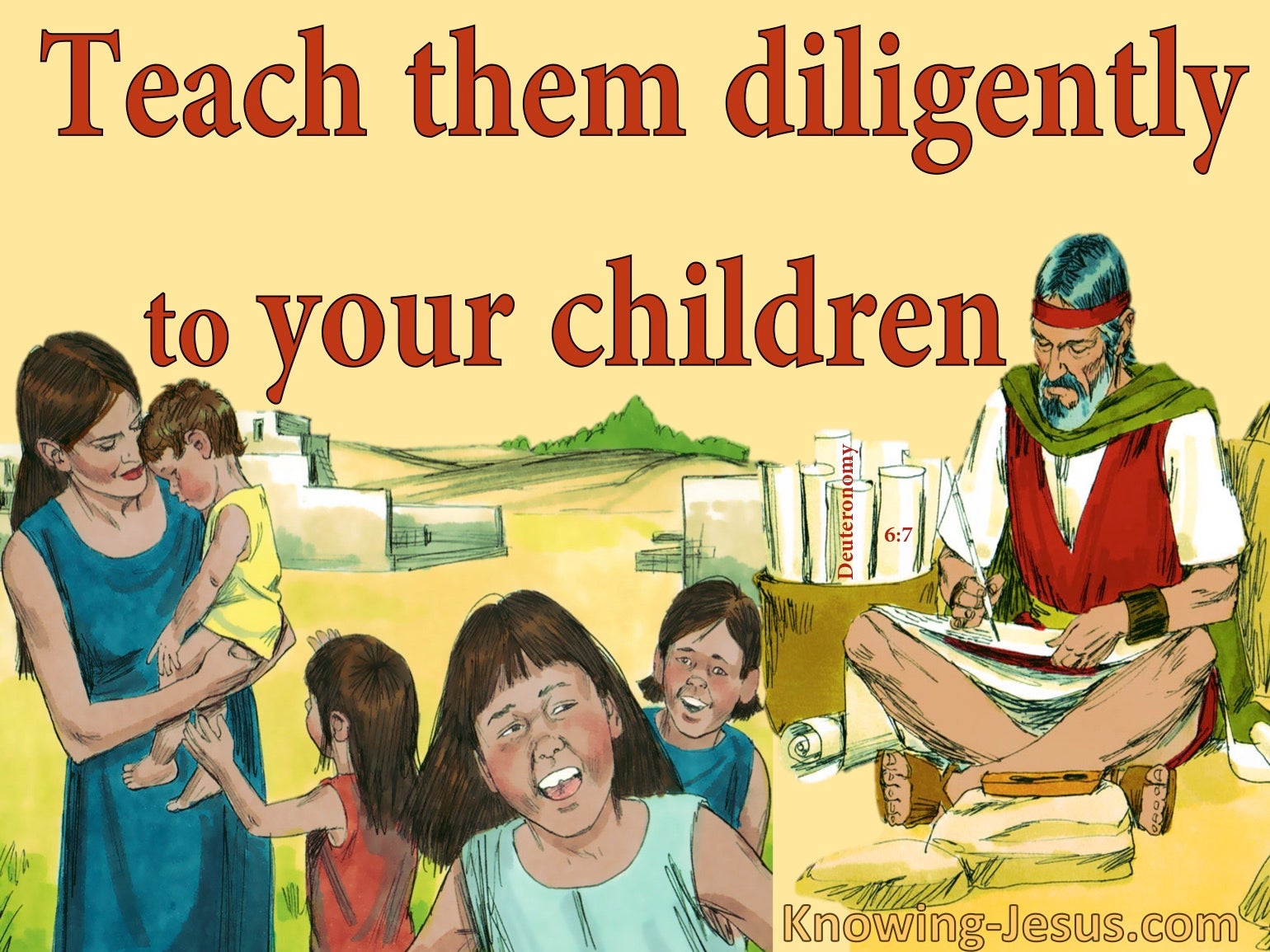 Let us then be eager to know this rest for ourselves, and let us beware that no one misses it through falling into the same kind of unbelief as those we have mentioned. (Hebrews 4:11 Phillips)

What is the essence of rest? Itis satisfaction and assurance. If you are satisfied, you are atrest, no matter how much work you have to do. And if you arequite sure that your work is going to be successful, you haveassurance, and you are in rest. Everything for us is based uponChrist having entered as the Forerunner, and having become ourRest. We shall labor: we shall pour ourselves out; we shallspend; we shall be spent; but in it all there can be real heartrest. We shall be assailed: we shall be pressed on every side; weshall be cast down; we shall be tried; but Christ can stillremain our Rest: for in the first place, we know that thesethings are not going to be to our destruction, since He hasdestroyed the power of destruction; and, in the second place,that our labors are not in vain, because He has swallowed updeath victoriously. He is our Rest.

I am with you to save you.

Shall the prey be taken from the mighty, or the captives of the righteous be delivered? But thus says the Lord: “Even the captives of the mighty shall be taken away, and the prey of the terrible be delivered; for I will con- tend with him who contends with you … All flesh shall know that I, the Lord, am your Savior, and your Redeemer, the Mighty One of Jacob. § Fear not, for I am with you; be not dismayed, for I am your God. I will strengthen you, yes, I will help you, I will uphold you with My righteous right hand.

We do not have a High Priest who cannot sympathize with our weaknesses, but was in all points tempted as we are, yet without sin. § In that He Himself has suffered, being tempted, He is able to aid those who are tempted. § The steps of a good man are ordered by the Lord, and He delights in his way. Though he fall, he shall not be utterly cast down; for the Lord upholds him with His hand.

He satisfies the longing soul, andfills the hungry soul with goodness.

You have tasted that the Lord is gracious.

O God, You are my God; early will I seek You; my soul thirsts for You; my flesh longs for You in a dry and thirsty land where there is no water. So I have looked for You in the sanctuary, to see Your power and Your glory. § My soul longs, yes, even faints for the courts of the Lord; my heart and my flesh cry out for the living God. § Having a desire to depart and be with Christ, which is far better.

I shall be satisfied when I awake in Your likeness. § They shall neither hunger anymore nor thirst anymore; the sun shall not strike them, nor any heat; for the Lamb who is in the midst of the throne will shepherd them and lead them to living fountains of waters. And God will wipe away every tear from their eyes. § They are abundantly satisfied with the fullness of Your house, and You give them drink from the river of Your pleasures. § My people shall be satisfied with My goodness, says the Lord.”

But my God shall supply all your need according to His riches in glory by Christ Jesus (Phil. 4:19).

If and when the trial comes, you will find Him waiting there.

"We should always be prepared for circumstances that will arise, and for blessings that are to come, without foreseeing what these circumstances and blessings will be. This preparation consists in attention to present responsibility, and acceptance of present discipline.

"If day by day we first seek divine direction, and then follow it, we shall be ready, when new circumstances arise, for the new blessings which will be offered. Today should be preparation for tomorrow. The only proof that we shall be equal to tomorrow's test is that we are meeting today's test believingly and courageously. The only evidence that we shall be willing for God's will tomorrow is that we are subject to His will today." -W.G.S.

"If the Lord calls you to go through fire or water, He has a special reserve of grace for you in that. And that grace will be from the throne of grace. It is the throne above, mediating grace for need and suffering as it is required." -T. A-S.

The initiative of the saint is not towards self-realization, but towards knowing Jesus Christ. The spiritual saint never believes circumstances to be haphazard, or thinks of his life as secular and sacred; he sees everything he is dumped down in as the means of securing the knowledge of Jesus Christ. There is a reckless abandonment about him. The Holy Spirit is determined that we shall realize Jesus Christ in every domain of life, and He will bring us back to the same point again and again until we do so. Self-realization leads to the enthronement of work; whereas the saint enthrones Jesus Christ in his work. Whether it be eating or drinking or washing disciples feet, whatever it is, we have to take the initiative of realizing Jesus Christ in it. Every phase of our actual life has its counterpart in the life of Jesus. Our Lord realized His relationship to the Father even in the most menial work. "Jesus knowing…that He was come from God, and went to God…took a towel…and began to wash the disciples' feet."

The aim of the spiritual saint is "that I may know Him." Do I know Him where I am to-day? If not, I am failing Him. I am here not to realize myself, but to know Jesus. In Christian work the initiative is too often the realization that something has to be done and I must do it. That is never the attitude of the spiritual saint, his aim is to secure the realization of Jesus Christ in every set of circumstances he is in.

The Incomprehensible God - Character and Attributes of God (17)﻿

An atheist was once vehemently proclaiming his ‘truth’ that there is no God. He was asked by a child if he knew everything in the world there was to know. His dismissive reply was “of course not, it’s impossible to know everything..”, but her quick retort was “well maybe God is in the part that you don’t know!”

This simple childlike logic demonstrates a wisdom towards God we often lack... Like maybe, just maybe there are things about God that we don’t understand! That maybe we have doubts about God that are based on our limited knowledge. Maybe there are ways that God speaks to us that we are too stubborn to accept.

As I read through various biblical incidents, I try to imagine how I would respond..  if a donkey tells me what to do.. if I had to walk across the flooding Jordan River valley – or was told to pour oil from a tiny flask into as many hundreds of big jars I can find.. or walk silently around a city seven times, then positively blow a trumpet!! – or prepare to have a baby at 90 years of age! Such things are incomprehensible.. totally removed from practical reality. Such things are inconceivable.. totally outside the realm of logical thinking,

As I read through the pages of Scripture, I see many incomprehensible things.. things that defy logic, though circumstances unique to that one situation. All such stories are familiar to our ears, yet too often familiarity breeds contempt, and we dismiss the enormity of their truths.. ignoring the valuable lessons within.

But the physical walk of these bygone days demonstraespiritual lessons for us. But it all comes back to trusting God, even when things look impossible. I believe that the first lesson we should learn is that God is incomprehensible.

Where is He that is born King of the Jews?
Matthew 2:2

Birth of a King

WHERE – Where is He? The birth of a prince or princess is normally greeted with joy by a nation.. at least in fairy-tales. This was the birth of the Anointed One – for Whom the Jews had long-awaited. This was the coming of that Seed of woman that silently passed down the generations.

And the angels made a proclamation… and the star was a herald. Yet on the night of the Messiah’s birth there was no earthly rejoicing.. save a young, disgraced Jewish couple, entrusted with God’s greatest gift – and a few humble shepherds who came to marvel at the new-born babe.

Yet the Nation had watched and waited, down through the silent centuries. They had been entrusted with the oracles of His coming. They had the prophets, the law, the word of truth, the hope of salvation. And yet we read that: He was in the world, and the world was made by Him, and the world knew Him not. He came unto His own, and His own people received Him not. John 1:11

WHY?? – Why did He not match their perceived expectations? Because He fell short of their projected presumptions! Daniel’s 70th week was almost ended – yet they missed His first arrival. They knew the little Judean town Beth’hem, Ephratah – yet they called Him a Nazarene. The sceptre was taken from Israel – yet they recognised not the 12-year old child. The king was in their midst – yet they jeered: we will not have this man rule over us. Luke 19:14

Don’t expect the Lord to come to you in the way that you expect – for He won’t. Don’t expect Him to visit you exactly as He visited others – each visitation is distinct. Every word, every work, every healing, every miracle is unique to the individual.

Adam saw Him in the cool of the evening. Hagar saw Him in a blistering desert. Zaccheus