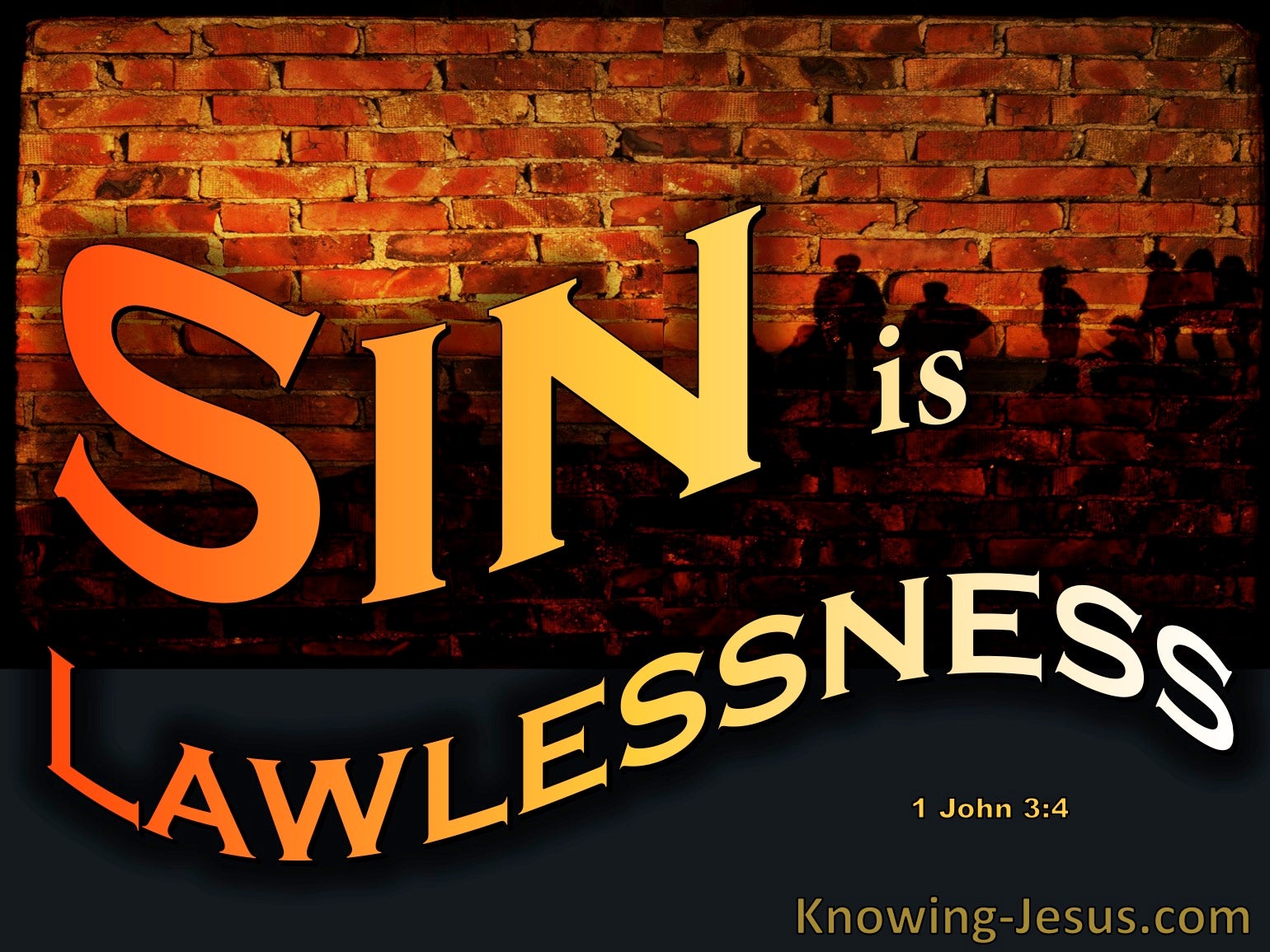 Essential Newness of the New Creation

Examine yourselvess tohether you are in the faith. Test yourselves. Do you not know yourselves, that Jesus Christ is in you? (2 Corinthians 13:5)

The sum of everything in the new creation is in Christ, or, to put that in another way, it is outside of man himself. It is apart from man, and it always will be. Although Christ, the sum of the new creation, may be in us, that new creation will remain in Christ, and we are only in it by reason of our union with Him. He becomes the fullness of everything inus, but the practical outworking of that fullness will ever, and always, be purely and solely on a basis of faith. If the thing could be said at any time to have its origin in us, then faith would be dismissed. If we had it in ourselves, if it were our constitution, faith would be dispensed with. That would result in a repetition of us....

The difficulty which we shall be meeting all along the way will be ourselves. We shall find that the main obstacle, the main enemy to our fullness in Christ, to all that the new creation means, will be ourselves in some way. It will either be our self-occupation which is but a form of trying to be something fine, something in ourselves which will bring satisfaction to God or it will be our self-effort in service. It will be this natural life of ours cropping up in some direction or another, and as it crops up it will cut clean in between us and the "all things" which are of God, and we shall find that it is ourself which brings us up short, which creates the arrest.... If we look withinourselves to find more good, we are going to look in vain. Weshall never find anything in ourselves but corruption. Is thatreally settled with us? On both sides, the people who have someopinion of themselves had better settle it once and for all thatthere is nothing in them but corruption, and also those who havesettled it, and yet are so occupied with their old man as thoughit were something really worth being occupied with. Put it wherethe Lord Jesus has put it, in the grave, and do not walk roundit, turning it over, if peradventure you might find somethingworthwhile. Fix and fasten your faith in God's Son, and leaveyourself alone for ever. Only so will you find your emancipation.

Whoever trusts in the Lord, happy is he.

Abraham] did not waver at the promise of God through unbelief, but was strengthened in faith, giving glory to God, and being fully convinced that what He had promised He was also able to perform. § The children of Judah prevailed, because they relied on the Lord God of their fathers.

Oh, taste and see that the Lord is good; blessed is the man who trusts in Him! Oh, fear the Lord, you His saints! There is no want to those who fear Him.

I will both lie down in peace, and sleep;for You alone, O Lord, make me dwell in safety.

You shall not be afraid of the terror by night. § He shall cover you with His feathers, and under His wings you shall take refuge. § As a hen gathers her chicks under her wings. § He will not allow your foot to be moved; He who keeps you will not slumber. Behold, He who keeps Israel shall neither slumber nor sleep. The Lord is your keeper; the Lord is your shade at your right hand.

I will abide in Your tabernacle forever; I will trust in the shelter of Your wings. § The darkness shall not hide from You, but the night shines as the day; the darkness and the light are both alike to You.

He who did not spare His own Son, but delivered Him up for us all, how shall He not with Him also freely give us all things? § You are Christ’s, and Christ is God’s. § I will trust and not be afraid.

Rise Up, My Love

Set your affection on things above, not on things on the earth" (Col. 3:2).

It is sad to have to say that the present-day Church is so earthy that it is of little earthly good. "Sir, we would see Jesus"! (John 12:21).

"The great failure of the Church was in giving up Paul. All. . . in Asia' did not give up evangelical truth but they gave up Paul; anything popular you may have, but not Paul. Why? Because Paul is heavenly." -J.B.S.

"It is essential that a believer have a clear understanding of his position before the Father - his place in the risen Lord Jesus Christ. This alone will give true peace of mind, joy and comfort of heart, strength for conflict and power for service. We will never be able to properly understand or fill our place for God on earth if we do not realize our God-given standing before Him in heaven.

"And never forget that our place before the Father is His gift, and a gift worthy of the Giver; not a gift according to the measure of our worth but a gift intended to display the exceeding riches of the grace of the Giver. The greatness of the Giver then is the measure of the blessings that are mine in the Lord Jesus Christ, not what I am or what I deserve."

"When you see and stand on your heavenly ground, you come to rest, just as the Father rests. You need not worry - only keep on that ground by your attitude of heart. If you are going to worry - if you must worry - worry lest you get down on earthly ground, for that is the ground of worry. Abide above! Heavenly things are in safe keeping - in the keeping of One who is far above all.'" -T. A-S.

For You were slain, and have redeemed us to God by Your blood out of every tribe and tongue and people and nation. And have made us kings and priests unto our God. And we shall reign on the earth.
Revelation 5:9,10

Adam was the pinnacle of God’s entire creation, for man was made in the image and likeness of God. Adam was to be God’s representative on earth to rule and reign and have dominion over the birds and the fishes – the animals and all that God had created. And God blessed all that He had made, and it was very good. And for a time Adam, and his wife Eve, tasted the glory and honour of their God-given ruler-ship of the earth. Adam was created in God’s image – a perfect man with a wonderful range of human attributes and faculties that mirrored those of his Creator. He was made a trinity of body, soul, and spirit. He was given a free-will to choose and a mind to think and reason. Adam was richly endowed with emotions – to express love and to communicate joy.

Adam also enjoyed the privilege of sweet fellowship with his Creator God – for the spirit of Adam walked in unity with the Spirit of God – and they walked and talked together in the cool of the evening, in that glorious garden – in beautiful fellowship. But through pride, rebellion or foolishness Adam disobeyed God and lost his God-given authority, transferring his God-given glory and sovereignty of the earth to Satan.. a mutinous cherub and arch-enemy of God Who created him – an angel who sought to usurp God’s control, undermine His supremacy, and become like unto God.

Dominion over God’s beautiful earth was lost by the first man, to a rebel angel, Satan – but God in His grace and mercy pre-ordained that a second Man – the Man Christ Jesus would become the last Adam, Who would regain the crown and reestablish the riches and glories of the kingdom that was

Joab had turned after Adonijah, though he turned not after Absalom.
1 Kings 2:28

Joab was loyal up to a point. He refrained from disloyalty many times.. but there came a point in his life when he turned away from his Lord to another. Joab stood a great test of loyalty and shunned the worldly promises in many areas. His heart was not turned by the handsome, charismatic Absalom.. but at the end of his fine military career, as one of the best of David’s soldiers, he turned his heart and he simply started to cleave to the cowardly Adonijah. The lusts of the flesh and eye, and the pride of life were shunned at the start, but the prince of this world secured his prey near the conclusion of his career.

Keep alert! – for not one of us is immune from disloyalty. Take heed! – “let him that thinketh he standeth take heed lest he fall.” 1Cor. 10:12 Be watchful! – for ye know not the day nor the hour that your Lord cometh. Matt.25:13

Now these be the names of the mighty men whom David had:- ……and Abishai, the brother of Joab….  and Naharai the Beerothite, and armour bearer to Joab… thirty and seven in all. But Joab, where was Joab? Joab was NOT mentioned among the mighty men of the King. Only a small number of David’s mighty men remained – despite such a prestigious reign. And we too must remain loyal