I have given help to one who is mighty; I have exalted one chosen from the people. 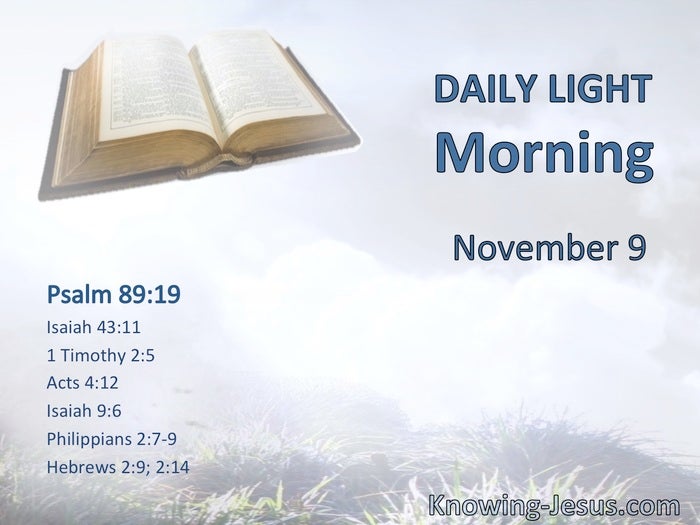 I, even I, am the Lord, and besides Me there is no savior. § There is one God and one Mediator between God and men, the Man Christ Jesus. § There is no other name under heaven given among men by which we must be saved.

Mighty God. § Made Himself of no reputation, taking the form of a bondservant, and coming in the likeness of men. And being found in appearance as a man, He humbled Himself and became obedient to the point of death, even the death of the cross. Therefore God also has highly exalted Him and given Him the name which is above every name. § We see Jesus, who was made a little lower than the angels, for the suffering of death crowned with glory and honor, that He, by the grace of God, might taste death for everyone. § Inasmuch … as the children have partaken of flesh and blood, He Himself likewise shared in the same.