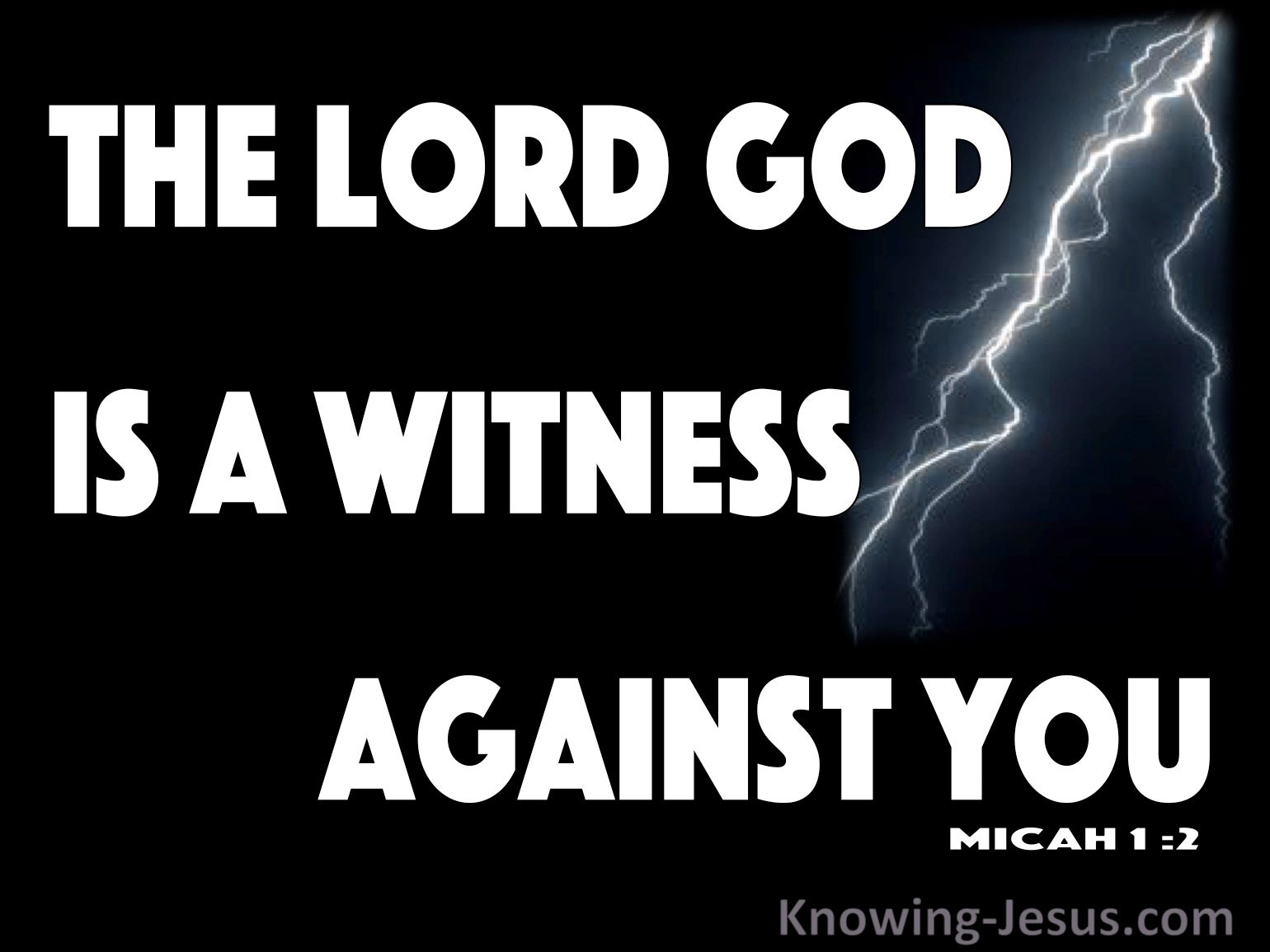 Faithfulness to the Father Will

Look after each other so that none of you fails to receive the grace of God. Watch out that no poisonous root of bitterness grows up to trouble you, corrupting many. (Hebrews 12:15 NLT)

If we consider what were some of the practical factors in Christ's crucifixion we realize that His sufferings were caused by men's fickleness, bigotry, fearfulness, jealousy and treachery. In love He bore all these for us. And these may well be the factors which challenge the reality of our love to God. The fickle crowds so soon forgot the kindness and goodness of the Lord Jesus, allowing themselves to be carried away by base and false accusations, so that they cried out against the one whom they had formerly extolled and praised. The Pharisees were so dominated by a religious bigotry which was cruel in its intolerance and harsh in its legalistic denunciations that they took the lead in causing His sufferings. The disciples, as well as Pilate, were fearful; Judas was treacherous; and Satan was jealous himself and inspired jealousy in the Sadducees and others. But all this concentration of attacks upon love did not turn the Lord away from remaining faithful to the Father's will in every detail. God's love meant more to Him than the bitterness of enemies, the failure of friends, the strength of popular opinion or the matter of His own rights. When He came to rest in the glory of the Father's presence, love had conquered every temptation....

We, too, are confronted by some of the foes which He had to face, for we have been called to bear the Cross after Him. The fickleness of friends and fellow-workers, the bigoted criticism of those who claim to be God's servants, the fear-inspiring pressure of popular opinion, the misunderstanding and jealousy which Satan himself inspires these are some of the tests put to our love. We can never hope to overcome them unless we remember that there is in the presence of God for us a Savior who suffered the full agony of these things, but accepted them as part of the cup which the Father had given Him to drink. It was love for the Father which enabled Him always to choose the Father's will, and the outcome of His triumph is that "we should be holy and without blemish before Him in love." There is a sense in which God is seeking to undo in us all that failure of love which we inherit from Adam. He exposes us to the painfulness of the Cross, not in some capricious or unsympathetic way, but because He aims to reproduce in us that love in fulfillment of His will which Christ already presents to Him on our behalf.

Be not far from Me, for trouble is near.

I will not leave you orphans; I will come to you. § Lo, I am with you always, even to the end of the age.

God is our refuge and strength, a very present help in trouble. § Truly my soul silently waits for God; from Him comes my salvation … My soul, wait silently for God alone, for my expectation is from Him.

Hallowed be Your name.

For you shall worship no other god, for the Lord, whose name is Jealous, is a jealous God. § Who is like You, O Lord, among the gods? Who is like You, glorious in holiness, fearful in praises, doing wonders? § Holy, holy, holy, Lord God Almighty.

Worship the Lord in the beauty of holiness! § I saw the Lord sitting on a throne, high and lifted up, and the train of His robe filled the temple. Above it stood seraphim. And one cried to another and said: “Holy, holy, holy is the Lord of hosts; the whole earth is full of His glory!” … So I said: “Woe is me, for I am undone!” § I have heard of You by the hearing of the ear, but now my eye sees You. Therefore I abhor myself.

The blood of Jesus Christ His Son cleanses us from all sin. § That we may be partakers of His holiness. § Therefore, brethren, having boldness to enter the Holiest by the blood of Jesus … let us draw near with a true heart.

That I may know Him, and the power of the resurrection (Philippians 3:10a).

"While Martha was cumbered about much serving, and her love, most true in its way, went forth in actively providing for the Lord's outward need, Mary, unconsciously perhaps, proved her stronger faith and deeper love by sitting at His feet and drinking in His words. The thought of Martha's heart was, What a feast I must give the Messiah, when I receive Him at my home!

"Mary, on the contrary, felt that the best feast for Him, and for herself, was to receive and treasure up all she could from Him - to see, and hear, and be with Him. If we are learning thus from the Lord Jesus, we honor and please Him incomparably more than by anything we think to confer upon Him. In the long run, too, it is the listening at His feet which best fits for the most acceptable worship and service." -J.N.D.

"We should ever remember that Christianity is not a set of opinions, a system of dogmas, or a number of views; it is pre-eminently a living reality - a personal, practical, powerful thing, telling itself out in all the scenes and circumstances of daily life, shedding its hallowed influence over the entire character and course, and imparting its heavenly tone to every relationship which one may be called of God to fill.

"In a word, it is that which flows from being associated and occupied with the Lord Jesus. This is Christianity. There may be clear views, correct notions, sound principles, without any fellowship with the Lord Jesus in glory; but an orthodox creed without communion with Him will prove to be a cold and barren thing." -C.H.M.

"And the fellowship of His sufferings, being made conformable unto His death" (Phil. 3:10b).

After God's Silence - What?

“When He had heard therefore that he was sick, He abode two days in the same place where he was.” John 11:6

Has God trusted you with a silence - a silence that is big with meaning? God's silences are His answers. Think of those days of absolute silence in the home at Bethany! Is there anything analogous to those days in your life? Can God trust you like that, or are you still asking for a visible answer? God will give you the blessings you ask if you will not go any further without them; but His silence is the sign that He is bringing you into a marvellous understanding of Himself. Are you mourning before God because you have not had an audible response? You will find that God has trusted you in the most intimate way possible, with an absolute silence, not of despair, but of pleasure, because He saw that you could stand a bigger revelation. If God has given you a silence, praise Him, He is bringing you into the great run of His purposes. The manifestation of the answer in time is a matter of God's sovereignty. Time is nothing to God. For a while you said - "I asked God to give me bread, and He gave me a stone." He did not, and to-day you find He gave you the bread of life.

A wonderful thing about God's silence is that the contagion of His stillness gets into you and you become perfectly confident - "I know God has heard me." His silence is the proof that He has. As long as you have the idea that God will bless you in answer to prayer, He will do it, but He will never give you the grace of silence. If Jesus Christ is bringing you into the understanding that prayer is for the glorifying of His Father, He will give you the first sign of His intimacy - silence.

The Holy One of God

Jesus returned to Nazareth with them and was obedient to them. And Jesus grew in wisdom and stature, and in favour with God and man.
Luke 2:51-52

From the beginning of God’s revelation to man fallen humanity, the cursed creation and the angelic hosts anticipated the coming of the promised Seed of the woman. The Law and Prophets together with biblical history and poetry all pointed to Christ, The scarlet thread of the Redeemer’s blood can be traced throughout these holy pages.

Multiple instances of the satanic plan to exterminate the Seed of the Messiah are seen crouching on every page, as the satanic serpent caused havoc in the tents of Israel. Eventually, the evil Herod, in his passionate fury was prompted, by satanic forces, to massacre all the boys in Bethlehem, in his attempt to be rid of the Holy One of God.

But God is not mocked by man nor angel and the Holy Child was born and for 12 years He grew and become strong, increasing in wisdom; and the grace of God was on Him. And so at the tender age of twelve, the Son of God and Son of Man crossed a boundary from childhood to youth – and we receive a tiny, brief glimpse of this perfect person.

Christ lived in the dispensation of Israel and like all men who attained their majority was to travel to the Holy City of Jerusalem for the three most important feasts of the year. He was to travel to the House of the Lord - the reconstructed Temple of God, to meet His heavenly Father and take up the baton of responsibility that would last the rest of His life. He was God’s Passover Lamb – the atoning Sacrifice for the sin of the world.

What mysteries must have passed from Father to Son on that holy, consecrated visit. What a weight of responsibility fell on those young shoulders – the Holy One of God. For the rest of His life He

Heed to yourselves, lest at any time your hearts be overcharged with surfeiting, and drunkenness, and cares of this life, and so that day come upon you unawares.
Luke 21:34

Snares of this world encircle us on every side – but snares are traps. Snares are baited. They should not have to come upon us by surprise. Snares entrap the careless one that is not vigilant in watching. Snares are spring-traps that lie in wait to catch its victim. Be careful – we are warned that the Lord’s coming is not like a spring-trap. Be careful – lest His return catches you in the same way as a set trap, for we can be caught unawares if we do not guard our hearts.

The first snare is to do with surfeiting / dissipation / excess / self-indulgence. Surfeiting means to dissipate/ to throw away / to squander / to disintegrate… but this warning against the physical excess can translate into a spiritual warning.

Each believer has a life – a saved life which can be used or squandered away. Each servant has talents – which can be used to His glory or wasted unwisely. Each Christian who does not die to self – wastes rather than increases their talents. Such a one prevents or quenches the work of the Holy Spirit in their life. Such a one pours contempt on the grace of God if they neglect to guard their hearts.

The next snare is drunkenness / intemperance which is so often a form of escapism, but the